Joshua James Allen, 32, of Austin, was sentenced to 92 months in the Minnesota Correctional Facility in St. Cloud for felony second-degree drugs – sale of 10 grams or more of a narcotic other than heroin within a 90-day period. 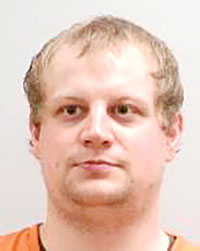 The charge was reduced from felony first-degree drugs – sale of 17 grams or more of methamphetamine – as part of a plea agreement reached on Sept. 27.

He received credit for 542 days served.

Court documents state narcotic detectives met with a confidential informant (CI) on May 18, 2018, about purchasing methamphetamine from Allen. The CI was searched, given buy money and an audio transmitter and monitored by police as he met with Allen at a location in Austin.

The CI met with police at a predetermined location and surrendered 28.066 grams of methamphetamine. He also confirmed Allen sold him the drugs.

On June 18, 2018, while Allen was in the Mower County Jail on other charges, police executed a search warrant on his residence in the 2000 block of Third Avenue Northeast. They made contact with a man who said he was watching the residence for Allen. He told police he was not aware of any contraband inside the residence.

Police searched the residence and seized the following:

Allen is currently serving an 88-month prison sentence for an aggravated robbery conviction out of Freeborn County.

DeeDee Moungkhounuh, 27, of Austin was sentenced to 25 years of probation for  felony second-degree drugs – sale of 10 grams or more of a narcotic other than heroin within a 90-day period. 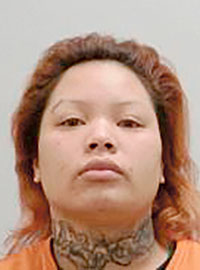 The charge was reduced from felony first-degree drugs-sale of 17 grams or more of cocaine of methamphetamine as part of a plea agreement reached on June 21.

Court documents state that an Austin narcotics detective and investigator with the Southeast Minnesota Drug Task Force met with a confidential reliable informant (CRI) on March 6 about purchasing methamphetamine from Moungkhounuh. The CRI and his vehicle were searched and he was provided buy money and an audio transmitter.

In addition to probation, Moungkhounuh must follow 24 conditions and pay $1,085 in fees. Failure to follow the conditions could result in 48 months in prison.

Hy-Vee partners with Hormel Foods and first responders to give away 2,650 Hams