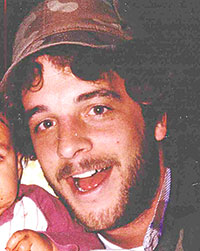 Tom was born on May 18, 1959, in Austin to William and Mary (Stark) Christopherson. He attended Austin Catholic Schools, graduating from Pacelli High School in 1977.  He briefly attended St. John’s University before transferring to Austin Community College and earning degrees as a construction electrician and in digital electronics. Tom worked as an electrician for over 25 years in the Austin area and was known for his hard work and his wizard-like ability to solve any issue involving electricity and wiring. On Sept. 7, 1985, he married Cathy Calderon at St. Theodore Catholic Church in Albert Lea, Minnesota. They later divorced. An avid outdoorsman, Tom loved to spend his spare time hunting and fishing. He will always be remembered for being able to make any one laugh with his goofy sense of humor.

A memorial Mass will be celebrated at 11 a.m. on Monday, Nov. 11, 2019, at St. Augustine Catholic Church with Father James Steffes officiating. Visitation will be from 4-6 p.m. on Sunday, Nov. 10, 2019, at Clasen-Jordan Mortuary and will continue for one hour before the service on Monday at the church. Interment will be in Calvary Cemetery.