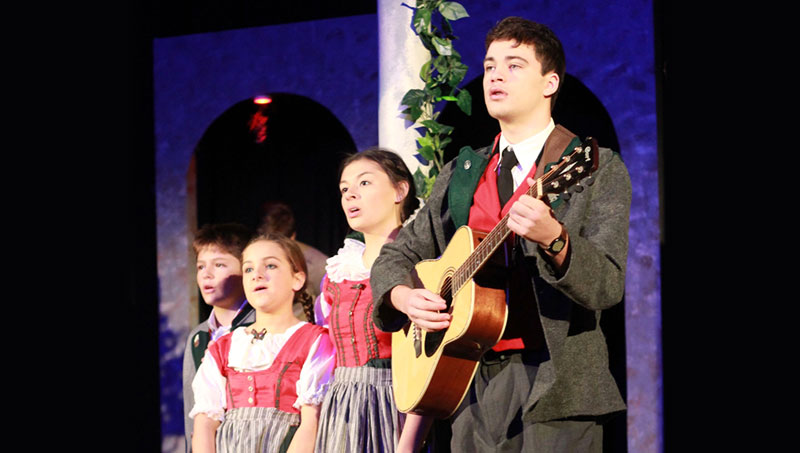 The hills will soon come alive with “The Sound of Music” during this upcoming week as three school districts come together to help raise money for Southland’s auditorium renovation project.

It’s been a busy several months as students have been preparing for the upcoming performance of “The Sound of Music” that runs from Nov. 6-10 at the Southland Auditorium.

Director Madlain Vander expressed her enthusiasm for the amount of work her students put into the production, including a hand-painted, 30-foot Alpine Mountain backdrop. It is the work of three schools, four buildings and a huge fundraising effort for a performance art space at Southland’s auditorium.

“There’s just so much happening for this show,” Vander said. “We have a few alumni joining the cast, and some are coming in from out-of-state. This is the world’s most popular musical to this day, and it’s really exciting to bring this to the community to hear over and over again.”

A popular musical written in the early 1960s, “The Sound of Music” takes place in Austria during the 1930s. A young postulant Maria, with her carefree enthusiasm and imagination, is a cause of worry for the nuns. Believing Maria would be better off living beyond the walls of the abbey, the Sister Abbess has Maria take on the role of governess to the retired and widowed naval officer Capt. Georg von Trapp’s seven children.

Despite the children’s initial mischief, they eventually are won over by Maria’s care for them, and the cold-hearted Georg von Trapp ends up falling in love with the governess, marries her, and reconnects with his children. During all of this, the von Trapps are soon caught in the middle of history as Austria faces annexation by the Third Reich during the Anschluss.

“It’s very exciting,” Vander said. “The kids learned so much about history while being a part of the play about the experiences people had, and they don’t know how powerful the story will be to the audience and how many will connect with the elements that are presented. It’s a real learning experience for them learning Austrian words and understanding what’s going on at the time.”

This musical held a special place in Vander’s heart as her extended family grew up in the area where “The Sound of Music’s” plot would have been based and experienced much of what the von Trapps had prior to World War II.

“It has a space in my heart,” she recounted. “My mother was one of seven children growing up in that region, and they would go up into the mountains. She in particular, loved this musical. Therefore, I’m personally dedicating this to my mother’s memory, Heidrun Erkilde Gutze.” 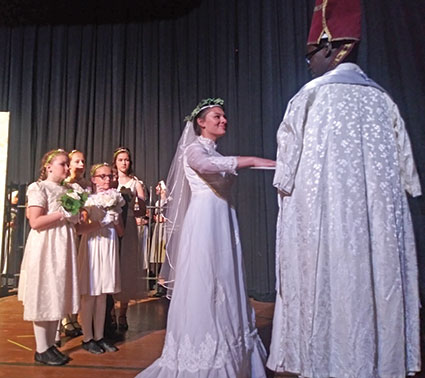 There’s another reason why this upcoming performance was special. The Southland School District is trying to raise money to help the “Completing the Vision Auditorium Fundraising Campaign” as part of the ongoing renovations that are happening at the middle/high school facility in Adams. Eventually, the elementary school students will be joining their older peers in Adams from their building in Rose Creek.

Not originally a part of the bond referendum that was approved by voters in fall 2018, the project will be cost-effective since contractors were already engaged and on-site, making this timeline the most ideal to help fundraise and meet the end goal of renovating the auditorium.

After receiving a generous $100,000 and additional matching gift of up to $150,000 from United Farmers State Bank in Adams, the district decided to reach out to the communities in the Southland School District to help meet their goal of updating the auditorium for the performing arts.

This musical wasn’t the only fundraising effort that the schools had in order to raise money for the project. There was a 5K fun run with themed costumes called Oktoberfest, which also featured a variety show and food for participants. 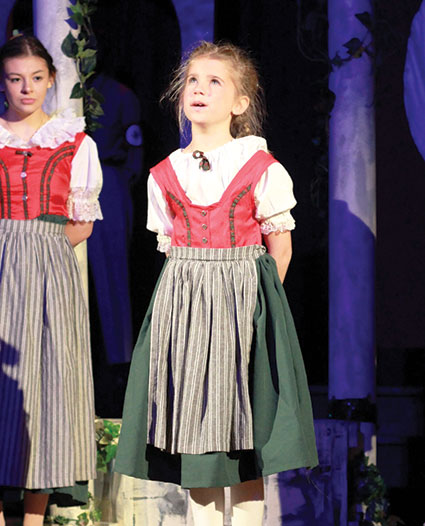 This year, there are a couple new twists to help with raising matching funds for the Southland auditorium project. For those wanting a “sneak peek” with limited 100 tickets that cost $100 per stub, attendance goers can see the production early on Thursday, Nov. 7, at the Cedar River Country Club. Doors open at 5:45 p.m. with a meal served at 6 p.m. that includes beef brisket, turkey breast, bacon green beans, baby red roasted potatoes, dinner roll, a sweet treat, milk, water and juice. The performance then would take place at 7:15 p.m. at Southland Auditorium with all proceeds going toward the “Completing the Vision Auditorium Fundraising Campaign.” This performance features the Red Cast.

Afterwards, there will be an adults-only appetizers and happy hour at the Cedar River Golf Course. Doors open at 8 p.m.

Saturday, Nov. 9, has two showings of “The Sound of Music” with the Red Cast performing at noon and the Blue Cast performing at 6:30 p.m. The last show on Sunday, Nov. 10, features the Red Cast with the show taking place at 2 p.m. Those interested in reserving tickets can email losmusicalreservations@gmail.com. Box office opens one hour before showtimes with doors open to the auditorium 30 minutes before performances.

There are also other ways of helping support the auditorium project. If patrons reserve tickets, they also have the option of reserving a $10 flower bouquet for their performer, or they can call 507-582-7748, with the proceeds going toward the “Completing the Vision Auditorium Fundraising Campaign.”

“I cannot believe it’s really gonna happen,” Vander said. “Back in the day, Southland didn’t do huge musicals, now we can have a performance art space with new lighting, fixtures that are up to code and something students can take great pride in.” 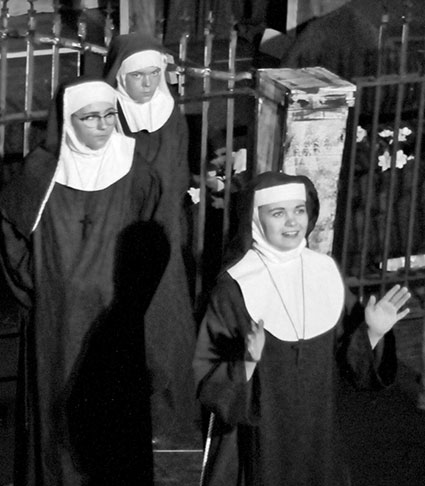 SOUND OF MUSIC CAST & CREW
(in order of appearance)