Man charged with punching woman; Was intoxicated during alleged incident

An Austin man who allegedly punched a woman in the face several times made his first appearance on Tuesday in Mower County District Court. 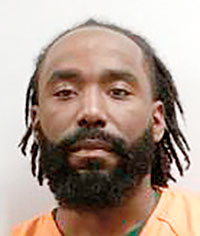 According to the court complaint, Mower County Dispatch received a call at about 11:32 p.m. on Saturday from a Minnesota Department of Corrections agent who reported a female had called him and said Bradley was “beating the crap out of her.” Officers were dispatched to the victim’s residence in the 500 block of 18th Street Southeast and made contact with the victim, who was crying, and Bradley.

The victim said a fight started after she went through Bradley’s phone while he was “passed out drunk” and saw that he had been communicating with another female. When she confronted him, she claimed he became enraged and punched her several times.

Police observed the victim’s face was red and swollen. She told police she was “seeing stars” during the assault.

Police detected a strong odor or alcohol coming from Bradley, who claimed the victim was punching him and had called his parole officer “for no reason.” He denied knowledge of the victim’s injuries and said there were “other people” in the house. Police observed no visible injuries on Bradley, who was then arrested for domestic assault.

Police tried to get Bradley to take a preliminary breath test, but he refused, saying he had not been drinking.

A review of Bradly’s criminal history shows prior convictions for domestic assault and violating no contact orders.

Bradley will appear on court again on Nov. 25.

Then and now: How Trump impeachment hearing is different