In the spirit of giving, Canadian Pacific Holiday Train set to return to Austin Dec. 6 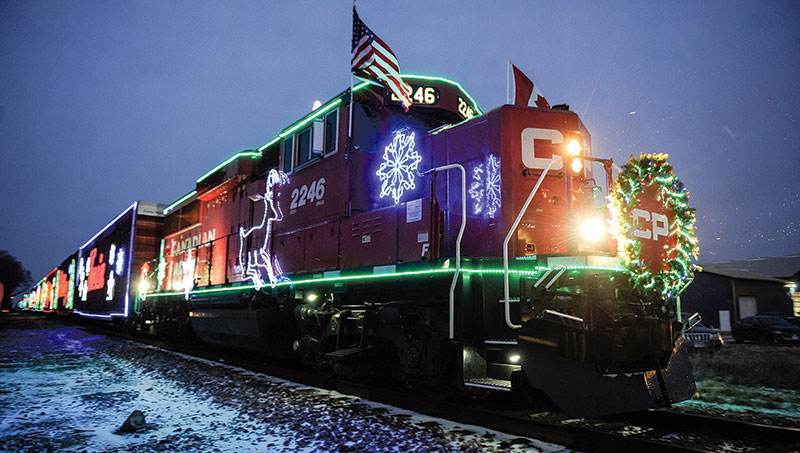 Early next month, residents from all over Mower County can see and hear the holiday spirit rolling into town.

Slated to perform are Canadian music artists Meghan Patrick, Tanika Charles and Kelly Prescott, who will pick up the tour in Chicago and finish the train’s journey back to Canada with the final show in Gleichen, Alberta, on Dec. 18.

Now entering into its 21st season, the CP Holiday train has continued to use music and community spirit to raise money and healthy food donations for food banks in towns along CP’s network. Each year, CP Holiday Train alternates its visits to certain communities in order to expand its outreach in helping address hunger.

“We’re pleased to be coming back to Austin this year,” said Andy Cummings, CP spokesman. “We want to reach as many communities as we can.” 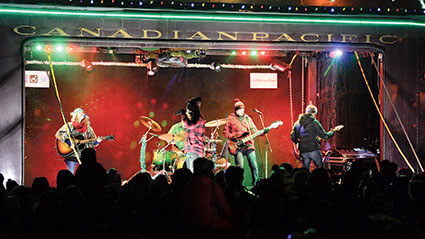 For those new to the holiday train event, the train arrives and pulls to a stop in front of the crowd. The stage door is then lowered, and the band opens with its first song. Shortly after, the CP staff presents its donation to local food bank officials and other leadership. Once finished, the performance continues with a mix of traditional and modern holiday-themed songs. Performances run for about 30 minutes before the final number, the stage door is raised and the train heads off to its next scheduled stop.

Concerts are free, but attendees are asked to make a non-perishable food or monetary donation to their local food bank for admission. For the food donation, the CP Holiday Train staff highly encourages individuals to donate items that support healthy food options. Food bank representatives will be onsite collecting donations.

Since 1999, the holiday train raised more than 15.8 million Canadian dollars— a little over $11.97 million in United States currency—and 4.5 million pounds of food for North American food banks. Everything donated by a community stays within that community. Additionally, CP makes a donation at each stop to that specific town’s food shelf partner. Cash donations for local food banks have great effect; Cummings noted that every dollar donated to the food bank allows the nonprofits to be able to purchase $5 worth of food from their food distributor partnerships. For Austin, the local food bank is at The Salvation Army.

“Everyone deserves healthy, nutritious food,” Cummings said. “From our perspective, every dollar is critical and this event may inspire people in giving generously. Hunger is an issue, and it’s a geographical and social issue in every community and that’s the cause we’ve chosen to proudly support all of these years.” 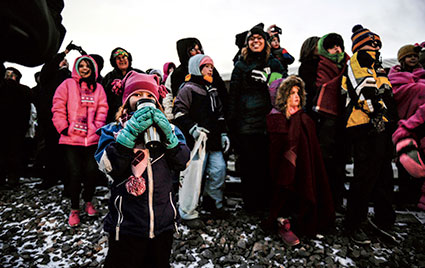 Back in 2017, when the CP Holiday Train made its last stop in Austin, The Salvation Army received a $4,500 donation from the train. Although it wasn’t reported how much food was collected from the event, it was quoted to be “three times as much as last time,” by former Salvation Army Capt. David Amick in a Post Bulletin article.

As communities enter the holiday season, the CP staff wants others to celebrate but also remember about the spirit of giving and helping others who need an extra hand. From traveling around on the CP Holiday Train, Cummings has seen how this event draws more people together to embrace the mission of supporting others in their community.

“We feel it’s a very effective way to inspire others to give year-round and not just at the food location,” he said. “That’s something we encourage and hope that people go above and beyond. Hopefully, the (CP Holiday Train) helps community members think about their local food shelves and support their community. Music brings people together to dance and sing. The fact we can bring the community together in raising money and awareness for such an important cause inspires us to come back year after year.”

If You Want To Go

*CP Holiday Train staff encourages non-perishable foods and monetary donations in place of a ticket be made to The Salvation Army on-site during the event.