Woman pleads not guilty to biting man on the cheek; Was intoxicated at time of arrest

Robyn Kay Halverson, 63, of Austin pleaded not guilty to felony domestic assault during an initial appearance on Monday in Mower County District Court. 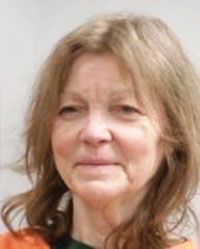 According to the court complaint, a woman contacted Mower County Dispatch on Sept. 27 regarding a welfare check on an adult male. She advised that she had been on the phone with the man and believed he had been in an altercation with Halverson. She also said she believed Halverson was intoxicated.

Police went to the man’s residence in the 400 block of First Street Southwest and observed Halverson and the man through a window. They made contact with the man, who said he and Halverson were arguing because he was speaking with another woman (the reporting party) on the phone. He said it escalated to the point that Halverson leaned over and bit him on the cheek.

Police observed a large, circular red injury on the man’s cheek. The officers were aware Halverson and the man were in a relationship and that Halverson had assaulted him on previous occasions.

Officers made contact with Halverson, who was highly intoxicated. She admitted to arguing with the man, but denied biting him, saying she did not know how he got the mark on his cheek and that no one else that could have caused the bite mark was in the house.  Halverson was then arrested and refused to perform a preliminary breath test.

A review of Halverson’s criminal history shows multiple convictions for domestic abuse as well as convictions for disorderly conduct, interfering with a 911 call, criminal damage to property, harassing phone calls and violating an order for protection.

A pre-trial has been scheduled for Feb. 21.

The winners of the annual Fourth Grade Junior Fire Poster Contest was announced Wednesday at McDonalds on Oakland Avenue. The... read more