Earlier this year, when I met with leaders from several southern Minnesota rural electric cooperatives, their communities were still reeling from the devastating blizzards and high winds that knocked out hundreds of power lines across the region and left thousands of families and businesses without electricity. 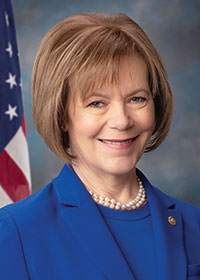 Because the storms did millions of dollars in damage, their cooperatives would likely be eligible for federal emergency grants to reimburse them for repairing downed lines, cleaning up storm debris, and restoring power to their customers.

But, I learned that by accepting those grants to help pay their clean-up expenses, they could be putting their cooperative’s tax-exempt status at risk.  This would seriously damage their ability to deliver affordable electricity to their customers and to make future investments that enhance their communities.

Member Cooperatives Hit by Mistake in the 2017 Tax Law

Since farmers, ranchers and rural leaders first banded together more than 75 years ago to bring electricity to their communities, electric cooperatives have been an important driver of economic development in rural America.  Today in Minnesota, 50 member-owned cooperatives supply almost one-quarter of our state’s electricity, serving more than 1.7 million residents who live on farms, in small towns and on tribal lands across the state.

Because cooperatives have powered rural areas for decades — often when no other entities would — they are exempt from federal taxes as long as at least 85 percent of their income comes from their members, who are also their customers.  Only 15 percent can come from other non-member sources. For many decades, this tax-exempt business model has ensured that hundreds of Minnesota rural communities — and thousands across the country — have affordable, reliable power and the significant economic benefits that come with it.

However, a mistake in the tax law enacted in late 2017 reclassified most government grants  — including grants for disaster relief — received by a cooperative as “non-member income.” Accepting these grants could push many over the 15-percent threshold and eliminate their tax exemption.  The resulting costs to the cooperatives — especially those on tight budgets — could force up electricity rates for customers and make cooperatives think twice about accepting grants that could help their communities.

For Minnesota’s cooperatives, it’s not just disaster assistance grants that have been impacted by the 2017 tax changes. Cooperatives often receive grants to help them undertake economic development, energy efficiency and renewable energy efforts in their communities. Perhaps most importantly, federal and state broadband grants are helping cooperatives expand badly-needed broadband internet services to the rural communities they serve.

Last year, as part of the bipartisan Farm Bill, I authored the provision to authorize and modernize the Community Connect Grant Program to build out broadband in rural areas.  So far, the program has sent millions of dollars in federal grants to electric cooperatives in Minnesota and across the country to help expand rural broadband.

Broadband is the infrastructure of the 21st Century.  It isn’t just nice, it’s a necessity for communities working to attract families, businesses, and the jobs and economic development that come with it.  It also is important to connect students to a top-notch education, and for modern health facilities that utilize telehealth services.  Much like decades ago, when cooperatives led the movement to electrify rural communities, they now are leading in the deployment of broadband.  I’m working to support that effort.

Because of the mistake in the 2017 tax law, many cooperatives in Minnesota and across the country are in danger of being forced to choose between keeping their tax exemptions and accepting an important grant to clean up a disaster, or to expand much needed broadband services in a rural community.  That uncertainty is making it difficult for them to effectively plan for the future — and it’s unnecessary.

That’s why I’ve introduced a bipartisan bill with Republican Senator Rob Portman of Ohio that would end that uncertainty by allowing cooperatives to receive government grants without endangering their tax-exempt status.  A similar bipartisan measure has been introduced in the U.S. House.

As we come to the end of the tax year, I plan to make it clear to my colleagues that we can’t continue to allow our tax laws to hinder our nation’s electric cooperatives from doing the important work of powering our rural communities and supporting jobs and economic development.

The Free Press, Mankato Associated Press The good news is that for the second year in a row, health insurance... read more