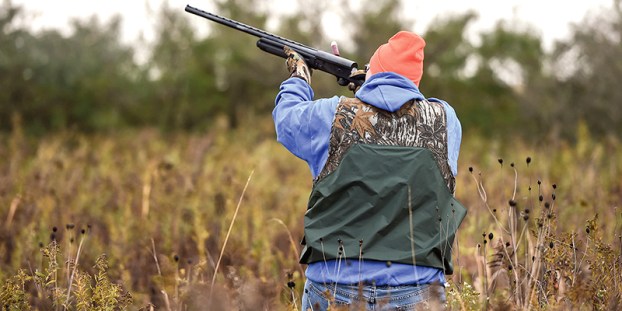 Mike Hansen takes a shot during a walkthrough of a field at Three Arrows Game Farm Friday morning. Hansen and several other veterans got to take part in a special hunt at Three Arrows. Eric Johnson/photodesk@austindailyherald.com

The hunt is on: Veterans hit the fields for ringnecks

With just a little sleet and snow falling, a group of about 20 veterans stepped off a LeRoy Lines bus to get in a little pheasant hunting at Three Arrows Game Farm, just north of LeRoy.

The event ran in conjunction with the Governor’s Pheasant Hunting Opener, which had activities kick off Friday and run through Saturday.

Hunters and their guide come together before heading out for a special veterans hunt at Three Arrows Game Farm Friday morning. Eric Johnson/photodesk@austindailyherald.com

“It’s an excellent way to get some good hunting in,” said Charles Mills, who helped organize the event with Dave Hagen.

But it had more depth than just getting in some hunting. For a number of these veterans, hunting is something that just isn’t as easy as it used to be.

This was a chance for some veterans to connect with an activity they really enjoyed.

“It’s really important to get these guys out here and experience something they haven’t been able to do in a while,” Mills said.

It’s also a way to recognize what these veterans have done for the nation.

“It’s not just a matter of them doing this, but it’s recognizing them,” Hagen said. “Without them, a lot of things wouldn’t be happening.”

After the veterans arrived at Three Arrows, they were split up into groups and paired with dog handlers and guides. 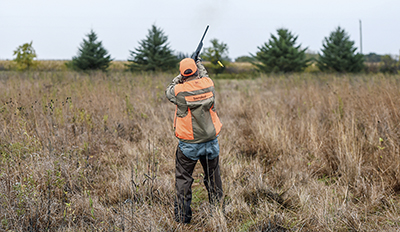 They then hit the fields surrounding Three Arrows and quickly began finding the birds.

Ben Jacobson, owner of Three Arrows, was happy to host the veterans, something he’s been hoping to do for a while now.

When Jacobson addressed the group he promised plenty of pheasants, but really it came down one thing.

“The whole goal is for everybody to have fun,” Jacobson said.

A Beautiful World: When the last butterfly flaps its wings