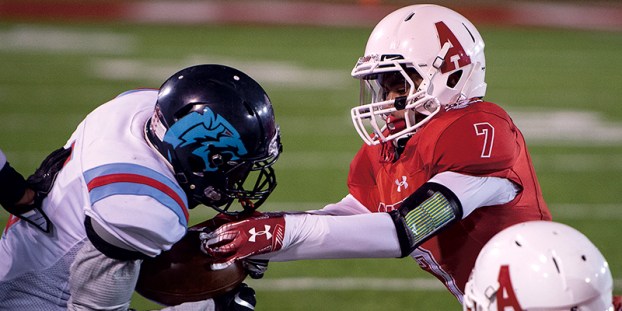 Stuck in a rut: Tigers take down Packers

The Austin football team suffered through a rough first quarter and it couldn’t recover as it lost to Albert Lea 24-7 in its regular season finale in Art Hass Stadium Wednesday.

The Tigers (2-6 overall) scored two touchdowns in just over a minute in the first quarter to go up 14-0. First, Logan Howe found Jayjor Ruei for a 10-yard TD pass on fourth and nine, then the Tigers recovered a fumble on the ensuing kick-off and scored again on 31-yard TD pass from Howe to Javarus Mucha-Owens.

“AL played hard, they played well and they won the game,” Austin head coach Ed Schmitt said. “We’ve got to play better. We’ve got to improve on some of the things that we do control. We’re still in the learning phase and we’re still building. At the beginning of the season we were not deep and we’ve got young guys playing right now. We played a freshman tonight.” 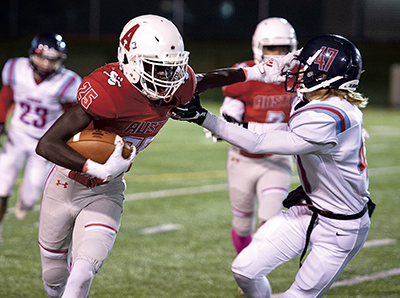 Austin (2-6 overall), which has lost six straight, pulled to within 14-7 when Teyghan Hovland hit Agwa Nywesh with a 36-yard touchdown pass in the second quarter, but AL was able to take a 21-7 lead into halftime after Chase Hill recovered Howe’s fumble and ran it 20-yards for the score.

AL had a big presence up front in seniors Brody Dauer and Hayden Johnston that made life tough for the Packers.

“We tried to make some adjustments off of those big guys, but they did a good job of containing our run,” Schmitt said. “We got outside a little bit, but they were able to make the adjustment.”

The Packers will open Section 1AAAAA Tournament play on Tuesday. That game will likely be played on the road. 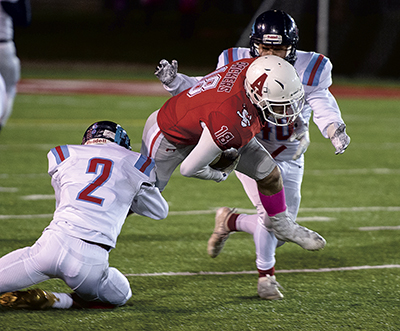 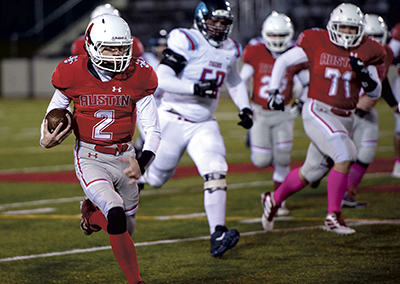 The Grand Meadow football team dominated the final three quarters of the game as it beat Houston (5-3 overall) 43-6... read more