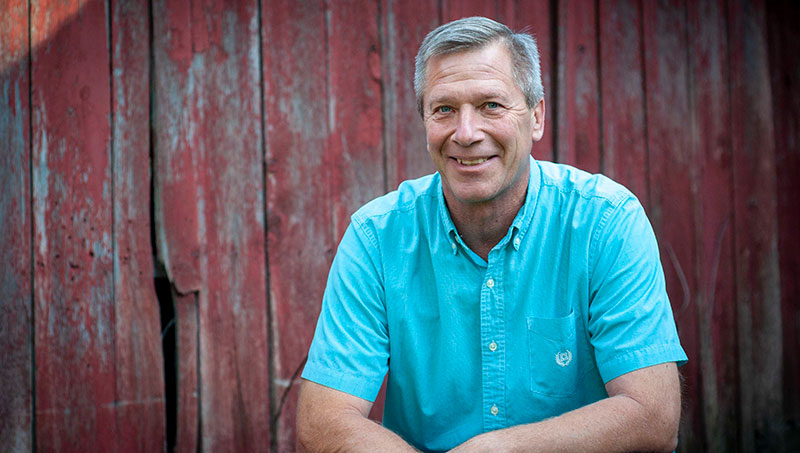 Ralph Kaehler is the third Democratic candidate who has announced a run for the First Congressional District seat, currently held by Rep. Jim Hagedorn. Photo provided

Kaehler, a Democrat, said he is running for Congress “to build a better Minnesota by fighting for the best interests of the people of Minnesota’s First Congressional District.”

“I’m a farmer. I’m a businessman. I am not a politician,” he said in a press release. “But I’m so fed up with the lack of real work being done in Washington that I’ve decided to get off the sidelines and take action. I aim to be the native Minnesotan who forces Washington to wake up to our values of working hard in pursuit of the American dream, nurturing our families, and engaging in practical actions to improve people’s lives.”

As a lifelong resident of St. Charles, Kaehler is the fourth generation to live and work on his family’s 138-year-old farm. He’s working together with his youngest son, Seth, to transition the farm to a fifth generation of Kaehler ownership. His oldest son, Cliff, is CEO of another family business, Novel Energy Solutions.

“The America I grew up in was about working together to achieve common good, not a daily battle on TV and Twitter of us versus them,” Kaehler said.  “Instead of all of the nastiness in politics, we need goodwill and cooperation.  That’s the only way we’ll make headway in achieving affordable health care, creating jobs and turning around travesties in global trade.”

Kaehler is the third Democrat to announce his candidacy for Minnesota’s First Congressional seat, currently held by Republican Jim Hagedorn. 2018 DFL nominee Dan Feehan of North Mankato and attorney Rich Wright of Rochester have also announced their candidacy for the 2020 DFL ticket

“I am from Minnesota, for Minnesota — born and raised,” Kaehler said. “I’m committed to the people of our First District. In many ways, I’m just like most voters because I want our values — Minnesota values — to shape what happens in Washington.”