Kieth Eugene Anderson, 30, of Owatonna was charged with felony third-degree drugs-possess 10 grams or more of a narcotic other than heroin, misdemeanor possess over 1.4 grams of marijuana in a motor vehicle, misdemeanor driving after revocation and petty misdemeanor possession of drug paraphernalia on Thursday in Mower County District Court. 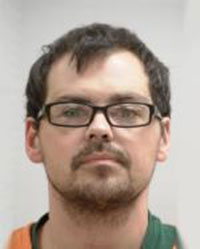 According to the court complaint, a Mower County deputy made a traffic stop on a 2002 Pontiac Bonneville at about 5:17 p.m. on Tuesday at the Fourth Street Northwest Kwik Trip after observing the driver, Anderson, was not wearing a seatbelt.

The deputy asked Anderson for his driver’s license and proof of insurance. Anderson said he did not have a valid license and that he was “trying to get my buddy’s car back to him.”

Anderson gave his name and date of birth and said he was living at the Sterling Motel. The deputy ran his information and learned Anderson’s license status was “revoked” and that the Pontiac was registered to a resident of Owatonna.

The deputy noted Anderson was perspiring despite it being cool outside. Another deputy observed a pill bottle that appeared to contain marijuana on the front passenger side floor. Anderson admitted the marijuana was his and that he had recently smoked some. Anderson was told to perform field sobriety tests and one of the deputies noted signs of drug use, but did not believe Anderson was driving while impaired.

Anderson will appear in court again on Oct. 24.

Associated Press MINNEAPOLIS — President Donald Trump was defiant in the face of an impeachment probe as he sought to... read more