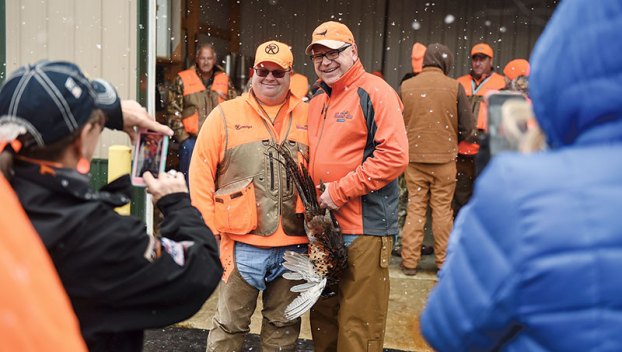 MNGPHO a success for community and in the fields; 44 roosters harvested during annual hunt

By all accounts, this weekend’s ninth annual Governor’s Pheasant Hunt Opener was a success.

One-hundred seventy hunters joined Gov. Tim Walz and Lt. Gov. Peggy Flanagan Saturday in fields surrounding Austin and throughout the area to kick off the pheasant season. By day’s end, despite wet conditions and delayed field harvests, 44 roosters were taken. 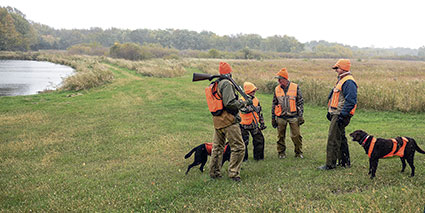 Mark Norquist, from left, Preston Schlichter, Kirk Rolfson and Guy Kohlnhofer take a break after walking a stretch of field.

But in some ways, the success of the opener was highlighted in two different fields. Gov. Walz broke a years-in-the-making drought with a rooster in the field he was walking.

“It’s been a nine year curse at the governor’s hunt,” Walz said. “I broke it.”

Elsewhere, in a field owned by Gus Maxfield, 13-year-old Preston Schlichter scored his first ever pheasant, smiling when the bird was handed to him. 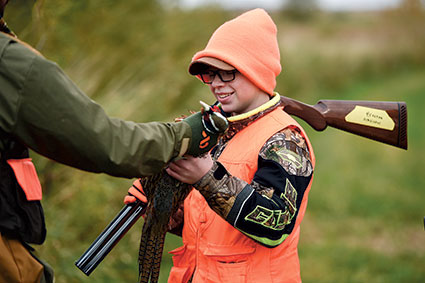 Preston Schlichter smiles as he’s handed the pheasant he shot in a field just outside of Lansing Saturday morning.

These were just a couple of the successes Austin and organizers can claim this weekend.

“Hats off to all the people that helped,” GPHO committee chair Sandy Forstner said. “There’s been a lot of people involved and I think it’s gone as well as it could have.”

The day started in picturesque form as the sun painted the landscape in a perfect fall scene. But in the field Schlichter was hunting, along with his uncle and hunter host Guy Kohlnhofer, hunter host Kirk Rolfson, and hunters Mark Norquist and Jamie Carlson, conditions quickly changed in about a half an hour.

Snow began falling, and by the time hunters were showing up around 11:30 a.m. at the Jay C. Hormel Nature Center to register their take, the snow changed to thick and heavy flakes. 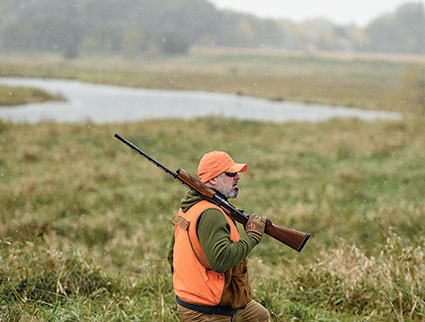 Jamie Carlson walks a rise above the Cedar River as light snow falls Saturday during the Governor’s Pheasant Hunting Opener.

Combined with that, winds blew briskly over the fields, further complicating the hunt.

In the end, the group had only a scattering of opportunities, resulting in just two birds. The second was taken by Java, Rolfson’s British labrador, who caught the bird as it was running.

Yet for all of the group’s challenges, the team still found the day to be a success.

“With the snow, it was better,” Carlson argued. “The sun’s out, everybody gets their limit — it’s a perfect day, fun. But these days won’t leave my memories.”

“Every experience is fun,” he added. 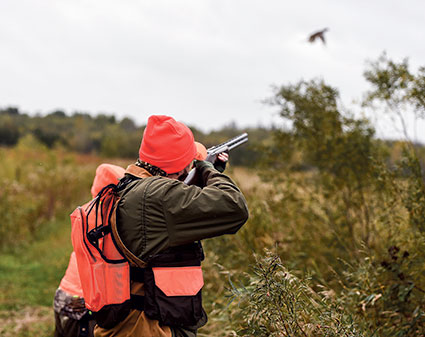 “Just being out in this beautiful country,” he said. “The winds were blowing and it was just fun going for a walk.”

Walz reported that his group came across eight to nine roosters during his time in the field and they got a couple good shots off.

In his mind, the day was another indicator on how the weekend went.

“I couldn’t ask for anything better,” he said. “This is why we do it.”

Looking back over the two days, Forstner said the event came together on all fronts, highlighting the community and the area.

“I think it’s gone great,” he said. “It’s been exciting and enthusiastic, not just with the hunters, but in the community.” 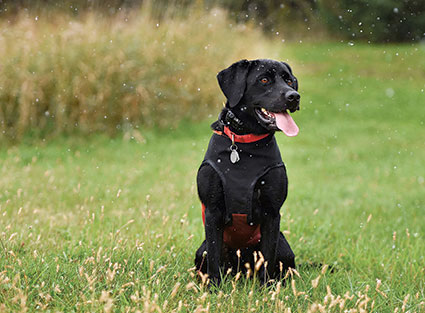 Java, a British labrador owned by Kirk Rolfson, waits for the hunt to continue as snow falls around her Saturday.

Be sure to check out our special supplement on Friday, Oct. 18, highlighting this past weekend’s Governor’s Pheasant Hunting Opener.

One injured in Thursday accident

An Austin woman was taken to the hospital with non-life threatening injuries after a Thursday morning accident at Highway 218... read more