Man gets over seven years for stabbing 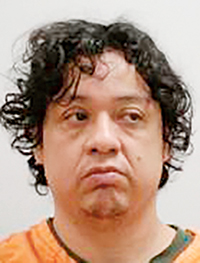 Court documents state police were called in the early hours of March 11 to the 500 block of 14th Street Northwest by a man who said a woman was banging on his door screaming for help. An officer arrived and saw a woman lying in a fetal position at the end of a wheelchair ramp with Albarran leaning over her. The woman was covered in blood and appeared to be critically injured. Albarran smelled strongly of alcohol.

Gold Cross arrived on the scene and advised the victim appeared to have three stab wounds in her chest and neck. She was transported to Mayo Clinic Health System-Austin, where she was found to have stab wounds to her neck, right bicep, and two to her chest, as well as blunt force injuries to her face. She was unable to communicate with staff and was flown to Mayo Clinic Hospital, St. Marys Campus-Rochester, where her injuries were classified as “great bodily harm.”

Albarran then indicated he followed the victim when she fled the residence. He denied trying to kill her, but said he had the sharpening steel in his hand when he followed her and did not know why. When asked how she got stabbed, Albarran admitted he stabbed her three times.

At the hospital, a detective spoke to the victim, who said Albarran had stabbed her. She said Albarran had been drinking and told her, “You’re done,” and started choking her after she got into bed. She ran into the hallway and Albarran got a knife and began sharpening it. She then fled the house and saw a light on at a residence in the 500 block of 14th Street Northwest. She stopped there to ask for help when Albarran caught up to her and started stabbing her.

The Austin City Council held a series of public hearings regarding assessments during its regular meeting Monday evening. The hearings... read more