As the Minnesota Legislature wrapped up its special session last May, one state lawmaker spoke out about the increases in Local Government Aid and County Program Aid in the 2019 tax bill. Cities, he said, “should be fat and happy for a long time” thanks to the $30 million boost in LGA.

Now that cities are in the midst of important budget discussions, I keep thinking back to that comment and how it trivializes the challenges cities face in prioritizing the needs of our residents and communities. 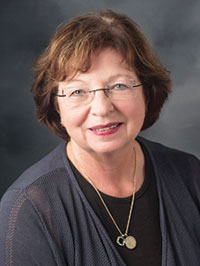 Audrey Nelsen is a member of the Willmar City Council and president of the Coalition of Greater Minnesota Cities.

Let me be clear — city leaders are extremely grateful for the LGA increase. Organizations like the Coalition of Greater Minnesota Cities (CGMC) advocated for years to get LGA funding back to its 2002 high-water mark. Thanks to support from Gov. Tim Walz and numerous legislators, program funding will finally be fully restored by 2021.

Still, I bristle at the notion that cities should now be “fat and happy.”

The $30 million in new LGA funding is distributed between 760 cities. The median increase that a city will receive in 2020 is 4.2 percent. That is a welcome bump, but it is important to note that inflation alone is forecast to rise by 3.1 percent from this year to next.

To put it in household terms, the LGA increase passed by the Legislature is akin to getting a raise at your job at the same time as your landlord ups the rent. The raise certainly makes the rent increase easier to swallow, but it does little to help you get ahead.

The way a city chooses to use its LGA depends on a number of factors such as the state of its infrastructure, equipment and staffing needs, and rising costs. In an unscientific poll taken at a CGMC gathering this summer, about one-third of city officials said they plan to use the 2020 LGA increase to reduce or hold down their levy, while nearly two-thirds said the increase barely keeps up with rising costs.

My city, Willmar, is poised to get a $272,000 boost in LGA in 2020. However, the cost of health insurance for city employees is going up 30 percent, nearly $500,000. This added expense alone far exceeds any additional LGA that Willmar will receive.

Here are examples of how other cities in Greater Minnesota plan to use their additional LGA:

• Fergus Falls plans to use much of its $85,386 increase on street repairs and other infrastructure improvements.

• Bemidji is using its $161,560 increase to keep its levy increase at three percent instead of nearly six percent.

• Winona plans to use the majority of its $160,620 increase to help hire additional firefighters.

• Little Falls plans to use its $136,790 boost to help offset salary increases for city employees and an increase in health insurance costs.

• Eveleth will use part of its $140,869 increase to hire a patrol officer, which will help the city continue to provide police services to a neighboring township while addressing the challenges of the opioid crisis.

As prices for everything from concrete to electricity to health insurance premiums continue to rise, city officials are still forced to make difficult choices when setting up city budgets. We are not aiming to pave the streets in gold, but we do want fewer potholes.

The truth is that other than LGA and property taxes, cities have few ways to get revenue to provide the services and amenities on which our residents depend. One way to help ensure that the quality of city services is not determined by zip code would be to peg LGA to inflation, as Gov. Walz has suggested. This is something municipal organizations like the CGMC have supported in the past and which deserves renewed attention by the Legislature.

City officials are pleased with the increase in LGA, but city coffers are certainly not bursting at the seams. As cities set their 2020 budgets, difficult decisions will have to be made. The modest boost in LGA helps provide a cushion, but cities remain far from “fat and happy.”

Audrey Nelsen is a member of the Willmar City Council and president of the Coalition of Greater Minnesota Cities.

After a run of pleasant fall weather earlier this week, the National Weather Service is predicting an abrupt change in... read more