James Winfield Hayden Jr., 82, of Austin, Minnesota, passed away Sept. 26, 2019, in a way most befitting, working outdoors in his beloved woods. Born March 7, 1937, to James Winfield Hayden Sr. and Margaret (Cress) Hayden, he was a proud graduate of Queen of Angels and St. Augustine High School (Class of 1955). After attending Austin Junior College, he joined the Air Force. He returned to Minnesota to earn a bachelor of arts degree at Mankato State before pursuing a master of fine arts degree from the University of Northern Iowa. 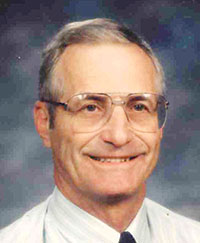 He married Joan Byam in 1965, remaining her dance partner for the next 54 years.

His formal teaching career began in Iowa and at Illinois State University. He returned, to teach art in the Austin Public Schools from 1968 until his retirement in 1999. Jim was a lifelong teacher, in the classroom, as a 4-H leader and in his many volunteer activities.

His artwork could be seen around town, on billboards, as parade floats, at the Paramount Theater, and as the dramatic backdrop of many Pacelli Schools and Queen of Angels events.

A memorial Mass will be celebrated at 10:30 a.m. on Saturday, Oct. 5, 2019, at Queen of Angels Catholic Church with Father Raul Silva officiating. Friends may call one hour before the Mass at the church on Saturday. Military rites will be conducted by American Legion Post #91 and VFW Post #1216. Private interment will be in Calvary Cemetery.

Memorials may be directed to Pacelli High School or donor’s choice.