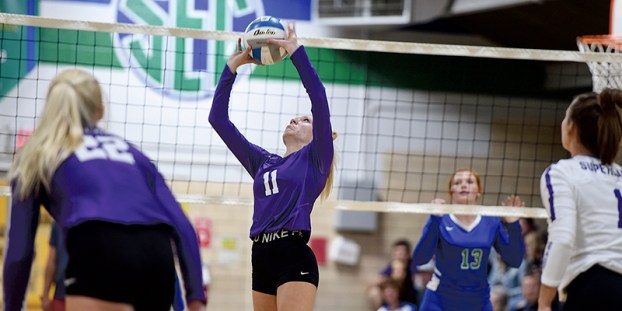 The Grand Meadow volleyball team controlled the pace from the start as it topped Lyle-Pacelli by scores of 25-15, 25-19, 25-7 in Pacelli Tuesday night.

Riley Queensland put down 14 kills for GM and she added eight digs.

“We really wanted to focus on controlling our own errors tonight. We struggle with that sometimes,” Queensland said. “In the third set we did a good job of controlling our side and minimizing our mistakes.” 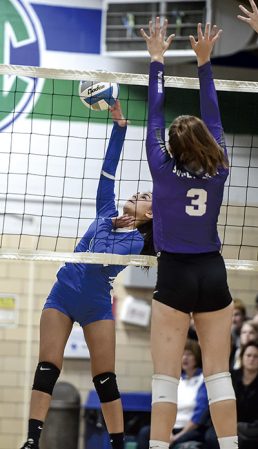 The Athletics (1-14 overall, 1-9 SEC) were coming off their first win of the season and they were able to show signs of energy in the first two games, however; that intensity dwindled in the final game.

“We’ve come out strong in some of our other matches too and then we drop off at the end,” Truckenmiller said. “I was excited about the first two games, but the energy wasn’t there in the third game. They have to find that energy and be able to push through.”

GM’s back row play allowed it to get in its offense rhythm without much trouble. The Superlark setters took advantage as Madison Hindt had 14 set assists and Meghan Eastlee had 13 set assists.

“When the pass is good, it’s going to be a good set and then the hitters just pound it down,” Eastlee said.

L-P senior Olivia Christianson had nine kills and six blocks, but no other L-P player had more than two kills in the match. Queensland said she and her teammates had to be aware of where Christianson was at all times.

“We definitely had to know where she was at all time,” Queensland said. “She can pound you in the front row, she has great attacks from the back row and she has some good passes. We always had to key on her.” 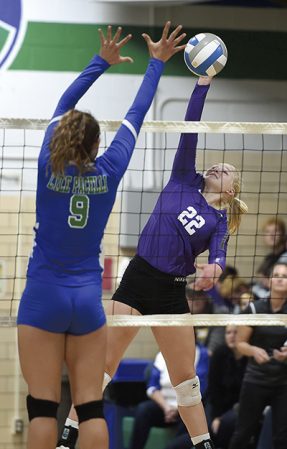 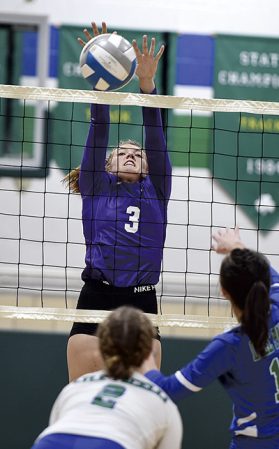 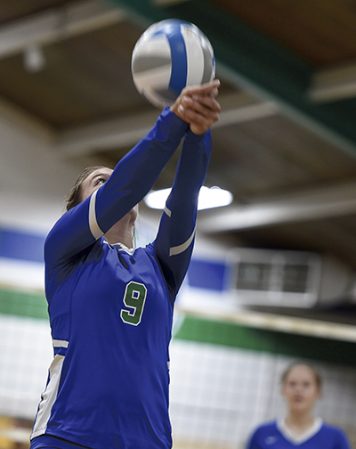