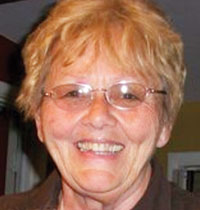 She was born on March 5, 1941, in Austin, Minnesota, to Emil and Dorothy Lahann. She graduated from Austin High School in 1959.

In 1964, she married Robert Nelson and moved to Lakeville, Minnesota. Bonnie lived most of her adult life in Lakeville, later retiring to Apache Junction.

Eugene Joseph Leif, 87, of Austin, Minnesota, passed away peacefully with his loving family at his side on Friday, Sept.... read more