The Blooming Prairie volleyball team didn’t back down against an energized Lyle-Pacelli volleyball team as the Awesome Blossoms were able to finish off a four-game win by scores of 25-9, 25-20, 23-25, 25-13 in Pacelli Monday.

The Athletics (2-15 overall) jumped out to a 9-5 lead in the second game and they couldn’t hold on, however they did win the third game after Zoe Achenbach served 10 straight points to give them an 11-1 lead.

BP came back to take a 23-22 lead in the third game on a kill by Julia Worke, but LP bounced back when Whitney Walkup and Olivia Christianson mustered back to back kills.

“It was good to finish up the last game,” BP head coach Ranell Kittelson said. “We let momentum get the best of us in the third game and we came back more collected in the last game.” 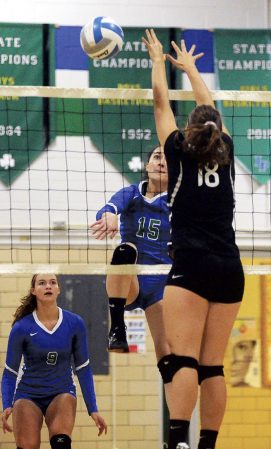 BP’s front line duo of Micalyn Trihus, who had 14 kills and four blocks, and Julia Worke, who had 13 kills, six blocks and 13 digs, proved to be too much for L-P, which was led by Christianson’s nine kills.

Worke said BP is at its best when the team lets loose and that’s what the Blossoms did in the final games.

“We just had to have fun and play our best volleyball,” Worke said. “When we get going and start getting kill after kill, everybody gets going.”

After struggling from the start in the first game, LP showed a lot of fight in the second and third games.

“They had energy and they were picking each other up,” LP head coach Tammy Truckenmiller said. “We battled back.” 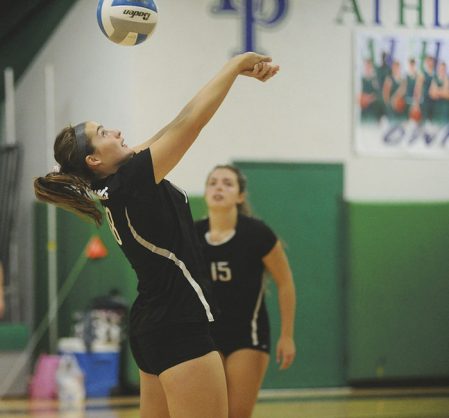 This eighth annual Darren Dash, which honors the life of Austin native and running enthusiast, Darren Lewis will be held... read more