Michael Phathaem, 34, of Porter was sentenced to 56 months in the Minnesota Correctional Facility in St. Cloud for felony first-degree drugs-possess 100 grams or more of methamphetamine. He received credit for 246 days served. 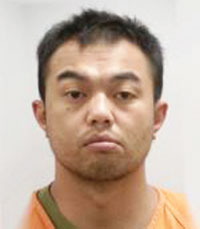 Charges of felony fifth-degree drug possession, gross misdemeanor third-degree DWI-under the influence of a controlled substance, misdemeanor driving after revocation and petty misdemeanor possession of drug paraphernalia were dismissed at the sentencing as part of a plea agreement reached on July 19.

Court documents state that law enforcement observed a 2004 Chevrolet Tahoe pull into Reed’s Fourth Avenue Food and Fuel while they were conducting a traffic stop on Jan. 17 in the 900 block of Fourth Avenue Northeast.

A deputy saw the driver was Phathaem, who had a revoked license. Phathaem told the deputy he was picking up someone from work and knew he did not have a valid license.

The deputy observed that Phathaem’s pupils were slow to react to light and he displayed very fast body movements. He asked Phathaem to step out of the vehicle and perform field sobriety tests. Phathaem refused and accused the deputy of harassment before telling him to arrest him, at which point he was handcuffed and placed in a squad car.

Law enforcement searched the Chevrolet and found backpack behind the driver’s seat.

In the backpack they found:

They also found two MDMA pills elsewhere in the vehicle.

At the Mower County Jail, Phathaem provided a urine sample that was sent to the Bureau of Criminal Apprehension laboratory for analysis.

Phathaem was also sentenced to 246 days in jail for misdemeanor DWI-operate motor vehicle-body contains any amount of schedule I/II drugs-not marijuana; however, he received full credit for time served.

Terry Lee Morgan, 65, of Rose Creek was sentenced to 20 years of probation for felony third-degree drugs-possess 10 grams or more of a narcotic drug other than heroin.

He received a concurrent sentence of 15 years of probation for felony fourth-degree drugs-sale of marijuana in a park zone. 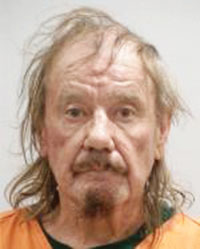 Court documents state that a Mower County detective executed a search warrant on Oct. 19, 2018, at Morgan’s residence in the 800 block of Second Avenue Northeast in Austin, located within 300 feet of a city park. Law enforcement found the following:

A review of Morgan’s criminal record shows prior convictions for DWI and terroristic threats.

In addition to probation, Morgan must also follow 18 conditions. Failure to follow the conditions could result in 18 to 27 months in prison.