A suspect was taken into custody after a report of shots fired Saturday night.

According to Austin Police Chief David McKichan, police responded to several calls of shots fired at about 10:58 p.m. on Saturday in the 300 block of 11th Street Northwest. A witness told police that an individual standing in a nearby yard, later identified as Darnell Jones, 29, of Austin, had a firearm. Police instructed Jones to stop, but he did not comply and walked away from the officers. 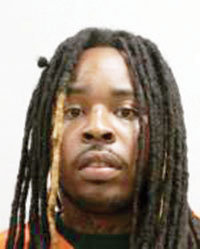 As Jones was walking away, an officer observed a firearm sticking out of Jones’s pocket, McKichan said. He then observed Jones remove the firearm from his pocket as he went around the corner of a residence. Police briefly lost sight of Jones, but saw him again as he came around another corner without the firearm. Jones continued to ignore police commands and police tased him as they arrested him.

A firearm was found in a flowerpot near the area where police briefly lost sight of Jones, McKichan said.

Police observed bullet holes in a nearby vehicle. No injuries were reported in the incident.

A review of Jones’s criminal history shows prior convictions for drug possession, user of a controlled substance in possession of a firearm, damage to property and theft.

The investigation is still ongoing. Anyone with information is asked to call the Mower County Law Enforcement Center at 507-437-9400. Reports can be made anonymously.

Law enforcement is seeking any information from the public that could lead to finding Steven John Holm, 35, of LeRoy,... read more