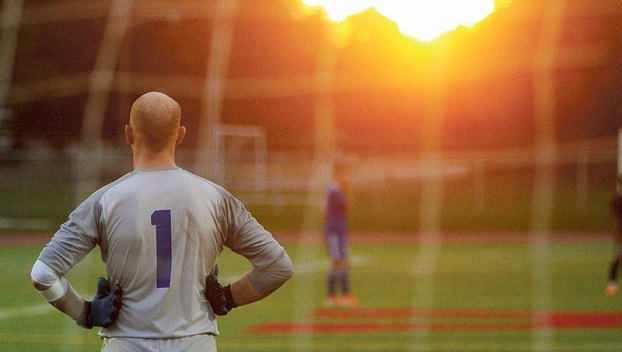 Shaking off the sunset: Blue Devils get a boost from 29-year old keeper

When Nicolas Parada envisioned where he would be this fall, he probably didn’t guess that he would be standing in a net playing for a community college soccer team.

But that’s where Parada was on Monday night as he stopped four shots to help secure a 4-2 win for the Riverland Blue Devils over Dakota County Tech in Wescott Athletic Complex.

Parada, a 29-year old carpentry student from Tuscon, Ariz., had 12 years of rugby experience, but he didn’t have a any organized soccer experience as he had stuck to pick-up soccer. Still, Parada couldn’t resist the call when he heard RCC needed a keeper.

Nicolas Parada makes a save in net for the Blue Devils in Wescott Monday. Rocky Hulne/sports@austindailyherald.com

“When I heard that Riverland needed a goal keeper, they said they could teach me everything I would need to know,” Parada said. “It’s going good so far.”

Parada has stopped 25 shots this season and he has one shoutout for the Blue Devils (5-2 overall), who are off to their best start in school history. RCC recently beat Anoka-Ramsey for the first time ever it has already won more conference games (three) than it has in any previous season. 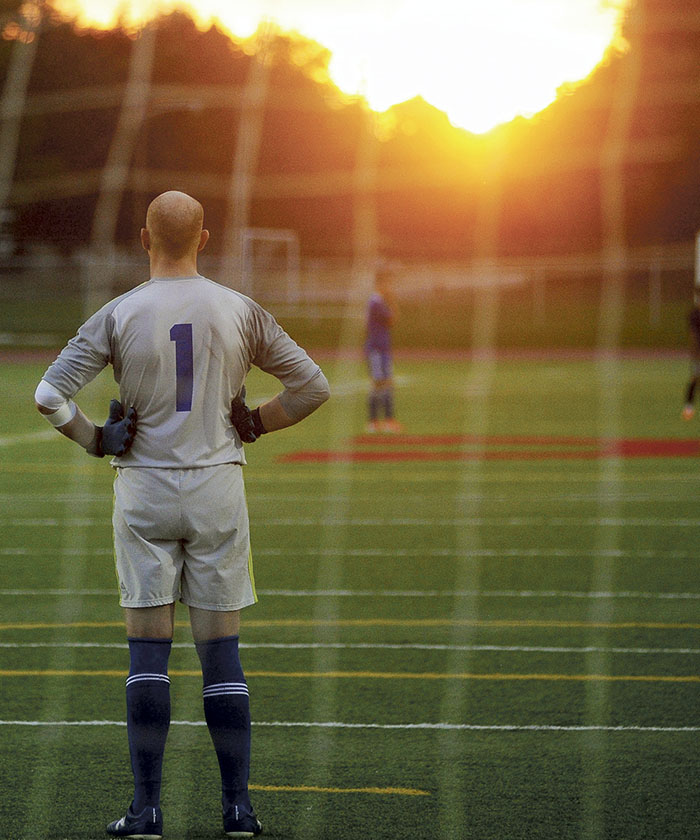 The team, which features players from Austin, Brazil, and Africa, has accepted each other and Parada — who is a veteran in every sense of the word.

“I thought it was going to be weird at first, but nobody makes me feel weird for being the ‘old guy.’ I’ve played with a lot of these guys at the dome, so we have a lot of chemistry already. I’ve also been a substitute teacher for a lot of these guys at the high school. It works well,” Parada said. “Everybody here has a great soccer mind and the coach has amazing direction. We just had to get everybody fit again and get fluidity back to their play.” 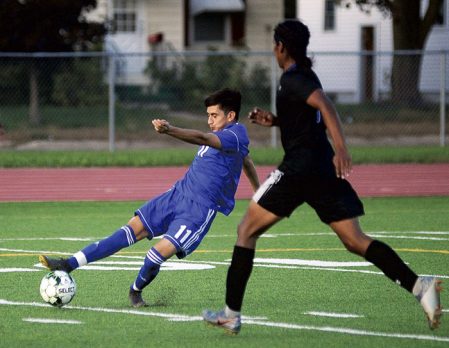 Riverland’s Kevin Ortiz slides to make a play on the ball against Dakota Tech in Wescott Monday. Rocky Hulne/sports@austindailyherald.com

Gilmair Lobo, who is from Brazil, and Christian Fernandez, who is from Rochester, scored RCC’s goals on Monday and Austin grad Kevin Ortiz and Brazil native Davi Vercosa Shares have received MCAC Player of the Week honors.

RCC lost two of its first three games as first-year head coach Frank Spaeth had very little time with his full roster. But the team is starting to click now.

“I think there’s a lot of things that this team can do. I feel like we can go pretty far this year. We want this to be the best single season team that Riverland has had and I think these guys are on the right track,” Spaeth said. 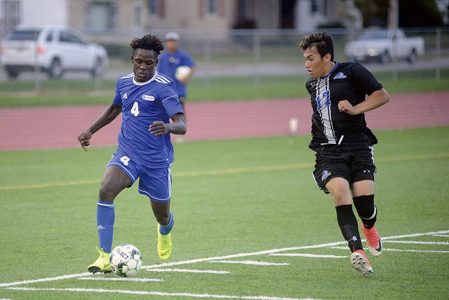 Hulne: Lyle-Pacelli football team has a lot to smile about

LYLE — You’ll have to excuse the Lyle-Pacelli football players who showed up with a big smile on their faces... read more