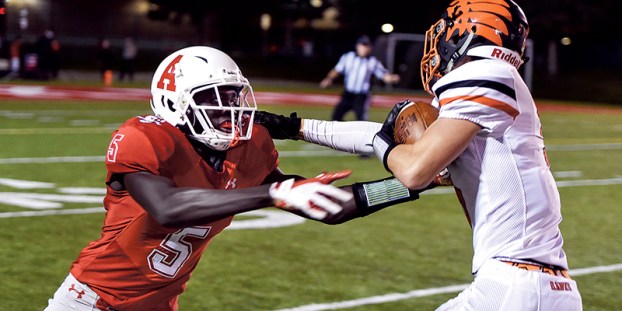 The Austin football team is still struggling to find its offense as it had trouble moving the ball for the third straight week in its third straight loss when it fell to Winona 31-7 on homecoming at Art Hass Stadium Friday night.

The Packers (2-3 overall) had just two drives reach Winona’s red zone, but they didn’t score until one of the final plays of the game when Teyghan Hovland found Ethan Owens for a 13-yard TD pass with just four seconds remaining in the contest.

Austin committed a key turnover on a botched pitch play from Eli Johnson to Andy Chesak on the first play of the second half and that led to a four-yard TD run by Winona’s Jackson Nibbelink to make it 19-0 Winhawks (5-0 overall), who are ranked No. 3 in Class AAAAA.

“They’re a good team. That’s why they’re ranked No. 3 in their class,” Austin head coach Ed Schmitt said. “We knew we had to move the ball and we didn’t really do that tonight.” 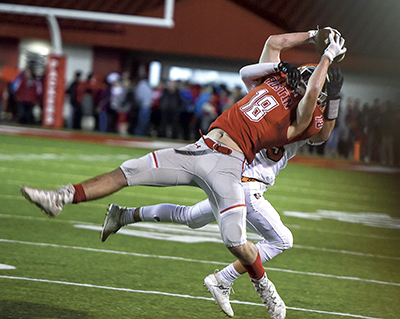 Despite trailing 12-0 at the break, the Austin defense held its own in the first half as Nick Dunlap had an early interception to end Winona’s first drive at Austin’s 10-yard line. The Packers also stopped Winona on its final two possessions of the half.

Austin had just 69 yards of offense and it had three three-and-out series in the first half.

“I thought the defense played about as well as we could’ve played,” Schmitt said. “Offensively, we’ve got to get things going, clean things up and get working.” 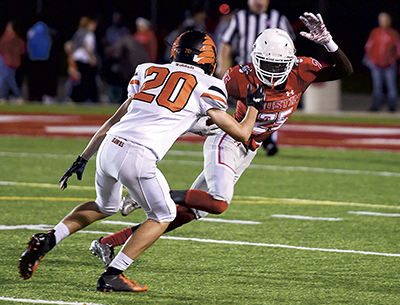 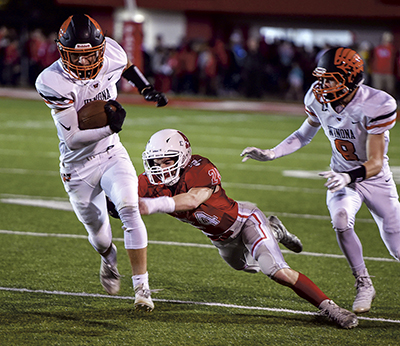