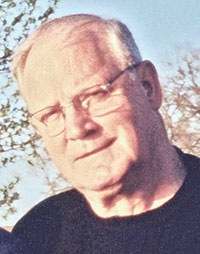 He was born on Sept. 20, 1930, in Caledonia, Minnesota, to James and Martha (Schmitt) McGinnis, the seventh of nine children. After graduating from Caledonia High School in 1949, he was employed as a printer in Chatfield, Minnesota, until 1951 when he enlisted in the U.S. Air Force. He was honorably discharged from military service in 1955, and that same year began a 39-year career as a printer/pressman at the Austin Daily Herald.

Bob will be remembered for his love of music and his fine tenor voice. He and Shirley enjoyed singing Irish songs together, in particular “Dear Old Donegal” as it included “McGinnis” in its long list of family names. Bob always cherished family visits, and we’ll all recall his gentle, inquisitive nature. He was an avid reader, and — surprising everyone, especially his wife — he developed a keen interest in cooking. He was blessed with 25 years of happy retirement.

It was Bob’s wish that his body be donated to Mayo Clinic for medical research. A private family memorial service will be held at a later date.