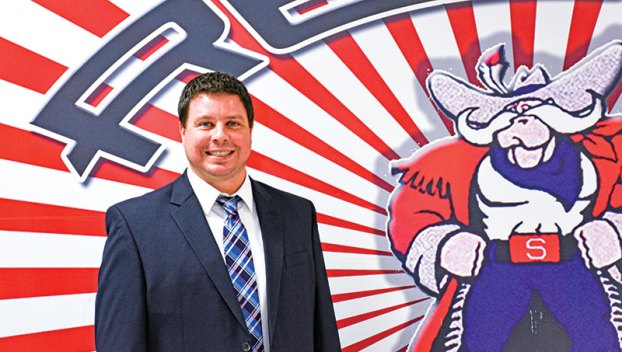 ADAMS — Southland Schools didn’t have to go very far to find their next superintendent, and it’s someone that many know well already.

Scott Hall, originally the principal of Southland Middle/High School since 2016, was chosen to lead the district as the new superintendent. Hall succeeded former Southland superintendent Jeff Sampson, who received a job offer as superintendent in the Cannon Falls Public Schools District.

Those who worked closely with Hall over the years were enthusiastic over his hiring, including Sampson, who attended Friday’s groundbreaking ceremony in Adams.

“Scott is a phenomenal person,” he said of his successor. “He’ll be fantastic and he’ll do a great job in making this district as strong as it can be. He is a quality person who cares a lot about education and his students.”

While working as a superintendent, Hall will also be maintaining his original duties as middle and high school principal. Despite having to carry more responsibilities, Hall seemed prepared to represent and lead the district into its next era. Wanting to pursue more leadership opportunities, the open superintendent position in which he hopes to make a positive impact on students, staff and communities.

Michelle Nelsen, Southland School Board chairwoman, said that Hall officially became superintendent on Sept. 11, as the official documentation didn’t arrive until last week. Bruce Klaehn served as the interim superintendent until Hall could get his superintendent licensure.

What made Hall stand out as the top choice for the role was his personable attitude, experience with small town districts, as well as the positive interactions he had with students and staff over the years. His dedication and prioritizing students above all else made him the perfect candidate, Nelsen noted.

“I am excited to see what he comes up with once we have our like new school in place and all our K-12 staff and students are in one building,” Nelsen said. “Very exciting things are happening at Southland and I don’t wait to see what the future holds for us.”

Among his many goals, Hall hopes to continue building a legacy of success by establishing strong relationships with parents, students, staff and community members, as well as looking for more ways to make school even more welcoming and safe for all students.

He also believes in developing the whole child, as opposed to just focusing on academics, and wants to encourage his staff to build the academic, social and emotional growth of each student in Southland.

“Seeing students graduate from Southland and go on to be successful adults is very rewarding,” Hall said. “Each of those students has been challenged, encouraged and empowered by many different Southland staff members throughout their K-12 journey.” 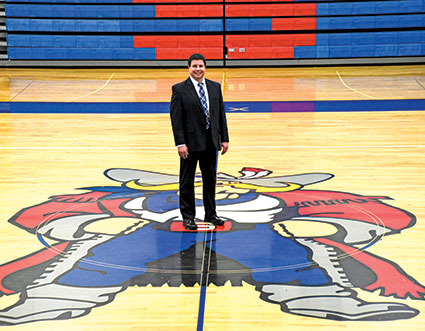 Whether education has been a mainstay in Hall’s life or an inherent desire to help shape the future generation of students to be the best they can be, it’s safe to say that being a teacher has always been in the plans for the superintendent.

“Education was an important part of my childhood and it was a natural fit for me to move into the education field after college, he said. ”Developing relationships and positively influencing students and staff was a motivating factor when I started teaching, and still remains a big part of why I enjoy my current job as superintendent.”

Seeing both his parents serve as teachers, along with three of his grandparents, Hall was inspired to take on the career path to becoming an educator. He started his career as a middle school and high school social studies teacher for 13 years, then moved onto work as a K-12 principal at Cherry School in Iron, Minnesota, for two years.

Having both knowledge in administration and teaching, Hall was confident moving into his next position as a superintendent, though the career trajectory was never a final end goal to him.

“When I started my career as a teacher, I didn’t necessarily have the goal of becoming a superintendent,” he admitted. “Throughout my years in education, I have assumed various leadership responsibilities and I think moving into the superintendent role has been a natural culmination of those experiences.”

Having since gained his licensure as a superintendent, Hall shared that the transition into his new position was relatively smooth. Being a principal for three years prior gave him the opportunity to learn more about Southland’s behind-the-scenes operations and how to proceed with addressing its needs.

Since taking the reins, Hall will now be overseeing the construction on the Southland facilities while helping transition the elementary school students from Rose Creek to Adams next fall. For Hall, taking a leadership role during a transitional period wasn’t daunting. Rather, he views it as a time of progress.

Some minor challenges that Hall encountered thus far included the frequent schedule changes of the project, which meant that it was difficult to know for certain when Southland Elementary School will close and when the students would be transferred over to the K-12 campus in Adams.

“Our staff and students have displayed the ability to be flexible and keep a positive attitude in the midst of unforeseen changes,” he said. “It is very rewarding to see tangible process happening daily with the building project; knowing the end product will be an improved learning environment for our students.”

One of the changes Hall looks forward to is improving the learning environment for Southland students and staff. He believes that having elementary and secondary students benefit from collaboration in different-age groups in a single building would be a positive sign of progress.

Although his work has just begun, Hall is already looking ahead toward the future and ensuring that education continues to be the forefront of Southland’s purpose.

“The like-new school will allow us to equip our students to be even better prepared for life after graduation,” he said. “Southland will continue to provide an excellent education for all its students into the future.”

By Andrew Krueger MPR News/90.1 Abundant rainfall this year may lead to a vibrant display of fall color across Minnesota... read more