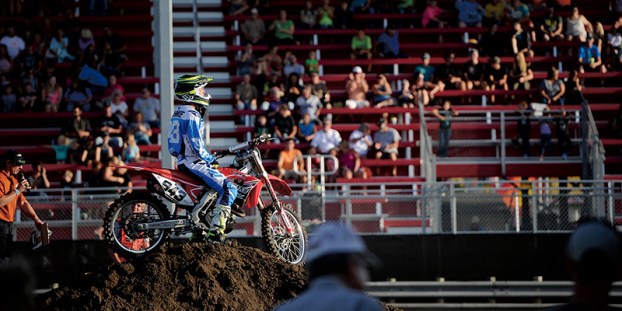 Nate Kohnke comes to a rest as he waits to be interviewed for the crowd before the start of the 2017 Motokazie races at the Mower County Fair. Herald file photo

Rallying for Nate: Family and friends get behind local motocross pro as he fights back from crash

Austin native Nate Kohnke has done a lot for the motocross community in Austin, and now it’s time for the community to give back.

Kohnke, a 26-year old who has been on the pro riding circuit for the past four years, is currently trying to recover from a serious motorcycle crash that left him with a fractured femur, pelvis and three fractured vertebrae in his neck. The accident didn’t occur on the race track, which is where Kohnke has built up momentum for motocross in Austin and the surrounding areas. 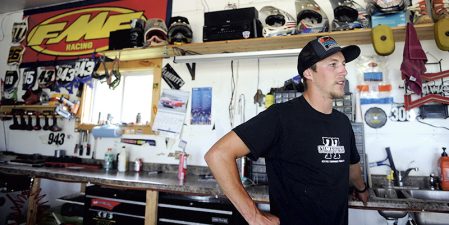 Nate Kohnke has been a role model to many as he transitioned through the years to reach his goal of riding in the pros. Herald file photo

Grady Pyburn has been friends with Nate for 11 years and the two once lived together. He said it was hard to describe just how big Nate’s impact has been.

“He’s the guy who provided everyone hope,” Pyburn said. “He worked a full time job and he was still able to go pro. A lot of those guys who race pro are racing throughout the week, but Nate was able to do it while still working 40 hours a week at his job. A lot of the kids in the area look up to Nate.”

Nate’s father Jay Kohnke said that Nate has been starting to make small improvements and he believes his son’s strength and determination will help him in his path to recovery.

“It’s still a long road, but he’s starting to do more things. He’s smiling and using his hands more,” Jay said. “Every time Nate said he was going to move up to the next class in racing, he did well. When he wanted to get to the pros, that was one more step and he did it. I have no doubt that he will come back from this.” 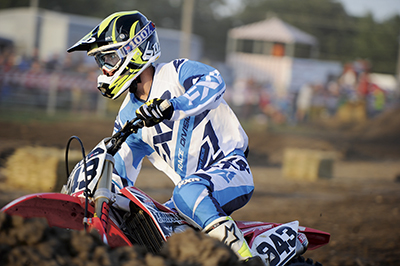 Nate Kohnke rides in the Motokazie event in 2017 at the Mower County Fair. Herald file photo

Pyburn, who has also raced in Motocross, said that it has been pretty shocking to see Nate hospitalized, especially after Nate had just purchased a house near Millville, where the Spring Creek Motocross Park is located.

“Nate just likes to have fun, no matter what. He’s a positive guy,” Pyburn said. “ It’s been pretty rough for a lot of us and it’s hard thinking that he’s not around and he might not be the same (when he recovers).”

Nate has received plenty of visitors and the outreach from local riders has been strong so far. Jay said most of the updates on Nate’s condition have been day-to-day and a long-term prognosis has not been solidified at this point.

The B & J Bar and Grille is holding a fundraiser for Nate from 3 to 7 p.m. today.

“The whole motocross community, friends and family have stepped up,” Jay said. “It’s been phenomenal and it’s been amazing. It really leaves me in awe. It’s meant everything. It’s the hardest thing we’ve ever had to do in our life. It means a lot for all of the people that are stepping up.”