Two plaques, honoring Gold Star Mothers and those from Mower County who served in the Civil War. Eric Johnson/photodesk@austindailyherald.com

Two commemorative plaques that honor military service and their families have been relocated to Honor Guard Park.

The two plaques — one honoring Civil War veterans and the other, Gold Star Mothers — were moved from their longtime location near the city swimming pool as a result of a flood retaining wall placement.

City Administrator Craig Clark confirmed the plaques, which had been displayed on cement slabs, have been relocated.

Bob Auer, former Parks, Recreation and Forestry director, noticed the items following their removal had been sitting at Todd Park for a time.

He approached the Mower County Board of Commissioners about their relocation. County officials, knowing that placement was a city decision, relayed that concern to city officials earlier this year.

Auer just wanted to make sure the plaques were not forgotten.

“I wanted to make sure we honored the people, their memory, for which they were originally intended,” he said.

It was finally determined that Honor Guard Park would be the appropriate place for the plaques. 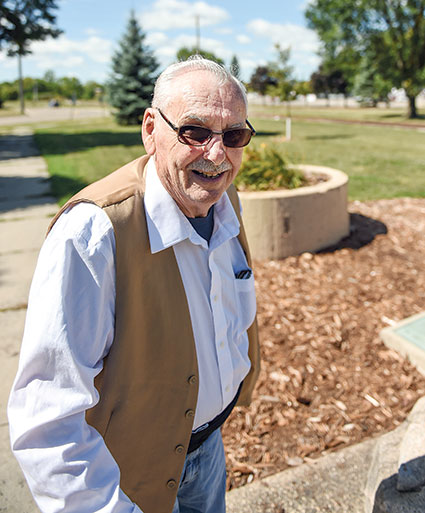 The park is located at the southwest corner of Eighth Avenue Northeast and Eighth Street Northeast, near the Hormel Foods Corp. plant.

Sources show that the Civil War plaque was dedicated in 1940. Four years earlier, the plaque honoring Gold Star Mothers was placed as part of a flower bed dedication.

The Gold Star Mothers organization was named after the gold star banner that families hung in their windows during WWI in honor of the deceased veteran. The 10 names are all those of mothers whose sons died in World War I, including Anna Pinkava, Laura Osborn, Dora Hanson, Ingeborg Olsen, Rosa Earl, Helen M. Tunnel (also spelled Tunnell), Anna Svejkovsky, Bertha Damm,  Julia Christiansen and Luella Woodle.