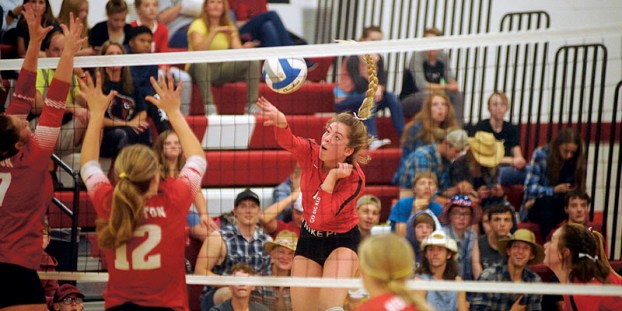 Gracie O’Byrne sends a hit towards the net against Houston in LeRoy Thursday. Rocky Hulne/sports@austindailyherald.com

Needing to gel: Young Cardinals are still learning on the fly

Houston’s Becca Rostad served nine straight points to close it out for Houston. 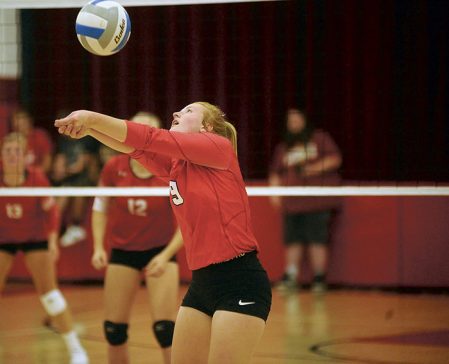 Nicole Freerksken makes a play on the ball for the Cardinals against Houston in LeRoy Thursday. Rocky Hulne/sports@austindailyherald.com

“When we stop playing together, that’s when we have really slow starts,” LO head coach Lindsay Milks said. “In the third game we played as a team. Sometimes we play in tip land and once we learn to hit the ball, I think we’ll do well. Well still learning and we’ll get there.”

The Cardinals cruised in the third game as Kayden Schultz had a six-point serving run that saw her connect on three aces.

Houston took momentum early in the final game as it lead 10-6 early on.

“We have great things happening, we just need to have everything come together at one time,” Milks said. 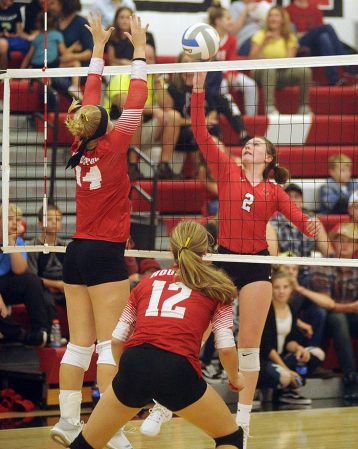