According to the court complaint, police were dispatched at 12:13 a.m. on Friday to a domestic call in the 200 block of Fourth Street Southwest. Dispatch advised that an adult female at the residence had been assaulted by Day. 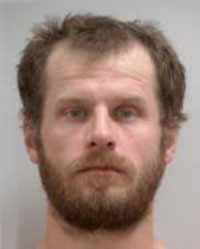 An officer made contact with the victim, who reported she and Day had an argument that escalated into him assaulting her. She said that she was trying to talk to him while he was trying to sleep and that he “freaked out” and got in her face. She alleged he grabbed her by the neck and shoved her onto the couch. When she tried to push him away, he forced her to the floor and strangled her with both hands. She said she struggled to breath, yelling and pulling on his shirt to get him to stop. She alleged he strangled her for about 20 seconds.

An officer observed and photographed redness on both sides of the victim’s neck and a small bruise near her trachea. The victim said she was having trouble swallowing and felt pain in her trachea area.

Day will appear in court again on Sept. 12.

125 years ago, the Great Hinckley Fire became one of Minnesota’s worst natural disasters