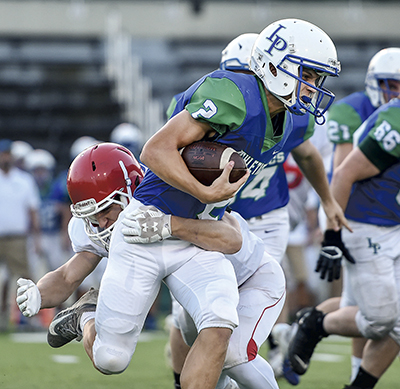 Lyle-Pacelli’s Zach Bollingberg drives through a tackle on a carry in the first half against Houston at Art Hass Stadium. Eric Johnson/photodesk@austindailyherald.com

The Hurricanes jumped out to a 40-0 lead early in the third quarter.

Trey Anderson had an 85-yard kick off return for a TD for LP (0-4) with two seconds left in the game. 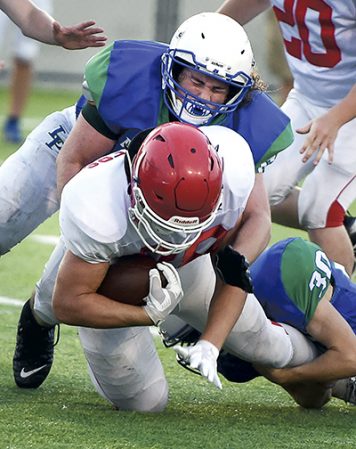 ROCHESTER — A disatrous end to the first half proved dooming for the Austin football team as it lost 42-13... read more