Kenneth Wayne Reed was born Oct. 27, 1938, in Austin, Minnesota, to Kenneth “Bud” and Bernice (Wilson) Reed. He and his younger brother Gene were later raised on the rural Sargeant, Minnesota, farm of their great-uncle and aunt Sander and Emma Edgar. As boys, they attended a one-room schoolhouse. Ken graduated from Austin High School in 1956. After high school, he enlisted in the U.S. Army, completing basic training at Fort Chaffee, Arkansas, and serving in an anti-aircraft battalion based in Hanau, West Germany, during the Cold War. Following his discharge in 1958, he returned to the Dexter, Minnesota, area and worked in Sargeant. Kenneth was married to Beverly Cleppe on Oct. 29, 1960, in Brownsdale, Minnesota, at Our Lady of Loretto Catholic Church. On their honeymoon, Ken applied at IBM Rochester, where he began his employment in December 1960 as a machinist. In 1966, they moved to their current home in Stewartville, where they raised their three children. 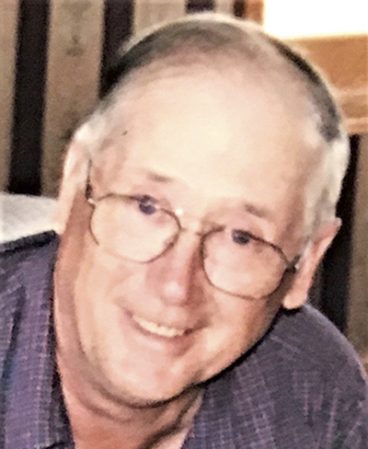 Ken had a 30-year career with IBM and worked there in a variety of positions. After retiring from IBM, he worked part-time at NAPA and House Chevrolet, both in Stewartville. Beverly was a homemaker and also was employed at the Stewartville Star, then IDS in Rochester, followed by State Farm Insurance and Olmsted Medical Group in Stewartville. Ken was a member of St. Bernard’s Catholic Church, Hayfield American Legion Post 330, and was a member and active volunteer at the Stewartville Center for Active Adults, where he was a fixture at the weekday morning guys’ coffee table.

As a younger man, he was an avid snowmobiler and outdoorsman, hunting pheasant and deer for years. He did most of the mechanical work on his own cars and in the early 80s, fully restored a 1938 Chevrolet Coupe with his son, Steve. He enjoyed reading and was proud of the fact that all three of his children went to college and on to professional careers. Ken was a proud grandfather and great-grandfather whose love for all of them was abundant. He loved to hear stories of their school events, activities and accomplishments. He will be tremendously missed by a great many people.

A Mass of Christian burial will be celebrated at 10 a.m. on Monday, Sept. 16, 2019, at St. Bernard’s Catholic Church in Stewartville with the Rev. Kevin Connolly officiating. A time of visitation for family and friends will be held from 4-6 p.m. on Sunday, Sept. 15, 2019, at Griffin-Gray Funeral Home in Stewartville and will continue for one hour prior to the service on Monday at the church. Burial with military graveside honors will take place at the Minnesota State Veterans Cemetery in Preston, Minnesota. Condolences and memories of Ken are welcome at www.griffin-gray.com.

Heavy rains on Thursday brought brief periods of flooding and caused road closures throughout the area. According to National Weather... read more