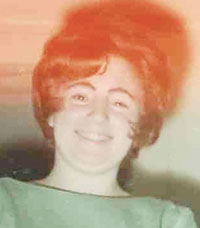 Kay was born June 3, 1946, in Red Wing, Minnesota, to William and Marcella (Zemke) Rosener. Kay grew up and attended school in Goodhue, Minnesota. On Oct. 30, 1965, she was united in marriage to Albert R. Wolf at St. Joseph Catholic Church in Red Wing. The couple moved to Austin where they made their home and raised their three sons. Kay was a homemaker until her sons were out of the home. She then began working at various places as a housekeeper. Kay enjoyed numerous hobbies, sewing and crafting, or fishing, canoeing and traveling. Her biggest joy was spending time with her grandkids. She loved her family!

A funeral service will be celebrated at 11:30 a.m. on Friday, Sept. 6, 2019, at St. Augustine Catholic Church with Father James Steffes officiating. Friends may call from 4-6 p.m. on Thursday, Sept. 5 at Mayer Funeral Home and one hour prior to the service on Friday.

No matter the language someone speaks, IJ Holton Intermediate School students believe kindness is something that every person can understand.... read more