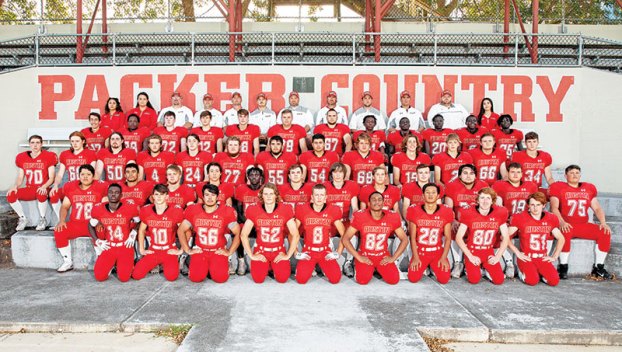 The Austin football team is hoping to get back on the road to success after hitting a couple of speed bumps over the past couple of weeks.

After winning their first two games of the season, the Packers were outscored by a total of 78-26 in losses to Kasson-Mantorville and Rochester Century. Now they face a tough homecoming challenge as Winona (4-0 overall) comes to town for a 7 p.m. kick-off on Friday. The Winhawks are coming off a 34-24 win over KM and all three of their first three wins — over Faribault, Albert Lea and Mankato East — were by over 25 points.

The Packers had to play three of their first four games on the road and the team was also set back by injuries over the past two weeks. If Austin can get healthy for Friday, it could put up a solid fight against Winona.

The Packers have shown a lot of positivity on the sidelines this season and the pats on the back have far outnumbered the heads hung low. It’s been a joy for me to watch a squad that is excited to practice and thrilled to compete — no matter what the final score is.

I encourage anyone in the community to come on out and watch this Packer team that has given its all this week.

Austin will have some meaningful games down the stretch as they currently lead Rochester John Marshall (1-3 overall) and Northfield (0-4 overall) in the Section 1AAAAA standings.

Austin, which will plays three of its last four games in Art Hass Stadium, will host Northfield in a key game at 7 p.m. on Oct. 11.

Human remains found on Sept. 19 in or near Forestville/Mystery Cave State Park have been positively identified as Steven John... read more