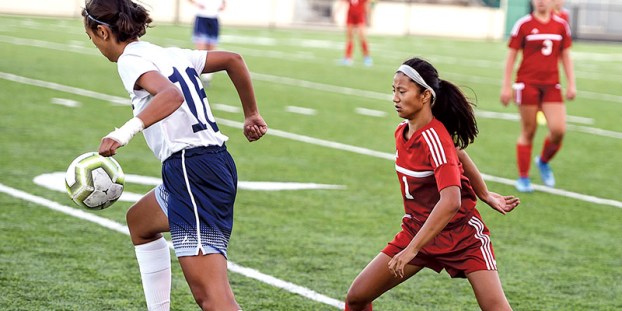 One great goal deserves another and now the Packer girls soccer team can celebrate like its 2015.

Austin used a pair of late goals to top Albert Lea 2-1 in overtime at Art Hass Stadium Tuesday night, giving the Packers their first win over the Tigers in four years.

Grace Mayer punched in a header on a lob pass from Eliana Bentley with 12 seconds left in regulation to force OT and Morgan Raymond launched a 33-yard bomb into the net to give the Packers the win with 23 seconds remaining in overtime.

Raymond had plenty of time to line up her shot after she received a pass from Maddie Herrick. 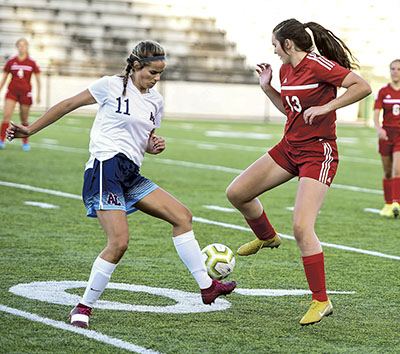 “Maddie had a really great pass and we do that all of the time in practice,” Raymond said. “I thought at first it was going to go over, but it dropped top corner. It was awesome.”

The Tigers (0-4 overall, 0-2 Big Nine) took a 1-0 lead when Turena Schultz headed in a corner kick with 18:44 left in the game, and the Tigers looked to be headed to a shutout win down the stretch. That’s when Mayer took it on herself to make something happen when a late opportunity presented itself.

“We had to keep a good mindset in order to win. When they scored, we were down and giving up, but when we got that goal, we knew we had it,” Mayer said. “Eliana crossed it and I thought ‘this one’s going in the air, I’ve got to head it.’ I jumped as high as I could and it went in.” 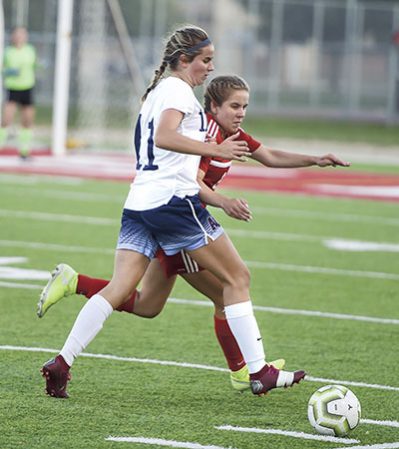 “I knew our girls could do it since day one. I believe in them as a team and the style of play that is being implemented,” Austin head coach Jake Levisen said. “They’ve just got to trust that style and that will break down any team. We have untapped potential and we have more to give. All of us have more to give and that really showed tonight.”

Robin Weaver had 13 saves for Austin as she made several impressive stops.

“The defense did a really good job of stopping all of the long balls and Robin really locked the goal down,” Levisen said. “That was a good corner that (AL) scored from, but I thought Robin did a tremendous job and the D worked together as a unit.” 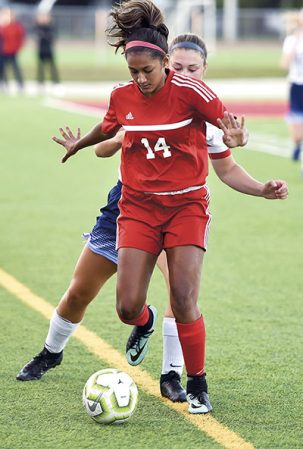