A former Austin councilman involved in a hit-and-run in March was sentenced on Thursday in Mower County District Court. 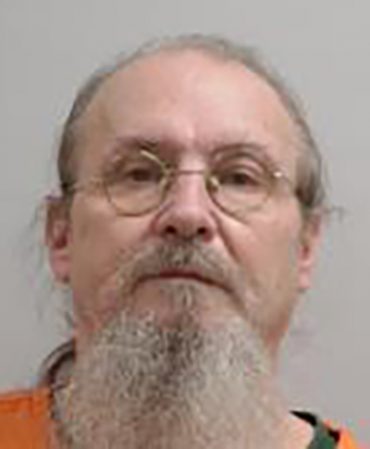 Court documents state that police were called about a hit-and-run at about 7:51 a.m. on March 15. The victim advised dispatch that he was following the suspect vehicle, a 2003 Chevrolet S-10 pickup truck, which an officer located at the intersection of 12th Street and Eighth Avenue Northeast. The officer initiated a traffic stop and made contact with the driver, Martin. The victim parked nearby.

The officer spoke to Martin, who denied being involved in a motor vehicle accident. Another officer spoke to the victim, who said Martin struck him with his vehicle after an altercation. When asked about the altercation, Martin said he was involved in an altercation with the victim after he backed out of his driveway on Fourth Avenue Southeast. Because the road is very busy, he backed out quickly when he had the chance. Martin then said the victim was attempting to pass another vehicle on the right when he backed out. He said the two “exchanged words” and the victim passed his truck, drove very slowly, then “slammed on his brakes,” causing his truck to “tap” the victim’s car. He said he then backed up and attempted to pass the victim’s vehicle, but the victim got out of his car and jumped on the hood of his truck.

The victim told police he had just dropped his daughter off at school and was headed west on Fourth Avenue Southeast when he had to stop to avoid a collision with Martin’s truck as it was backing out of the driveway. After a verbal exchange, the victim said he passed Martin’s truck and continued driving on Fourth Avenue Southeast when Martin rear-ended him. He said he got out of his vehicle and approached from the eastbound lane when Martin hit him with the truck. He then got back in his car to follow Martin and called the police.

The victim said his dash camera recorded the incident. Officers observed a scrape on his left shin, which he attributed to Martin striking him with the truck. The victim later observed another injury on his left hip.

Police reviewed the video from the victim’s dash camera. The video showed Martin backing out of his driveway, at which point the victim honked his horn. Martin then got out of his truck and walked aggressively toward the victim’s vehicle, giving him the middle finger. The two yelled and swore at each other before Martin went back to his truck. Heavy traffic and children were seen in the area. A detective noted that it did not appear the victim was attempting to pass another vehicle on the right as Martin had claimed.

In addition to jail time, Martin must also serve one year of probation, follow 16 conditions and pay $985 in fines. Failure to follow the conditions could result in an additional 365 days in jail.

Martin also received a concurrent sentence of one year of probation for a misdemeanor reckless driving conviction from the same incident. He must follow the same conditions and pay $100. Failure to follow those conditions could result in an additional 90 days in jail.

A review of Martin’s criminal record shows prior convictions for DUI, obstructing the legal process and a dangerous weapons charge.

US probe of vaping illnesses focuses on THC from marijuana