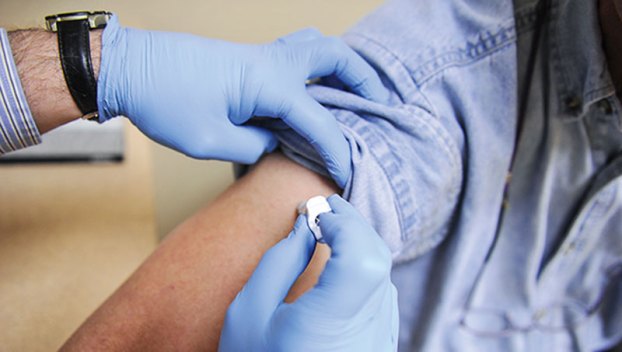 It’s almost flu season and medical officials are urging people to take steps to help stem the spread by getting flu shots.

The once-a-year vaccine is often the first step and Dr. Sarah Scherger, head of Pediatrics at Mayo Clinic Health Systems-Austin recommends all people get one.

“The recommendation is for everybody to get it,” Scherger said. “First of all, the more that get the shot the less flu that goes around. Two, anybody can die of the flu. The highest risk is for children under age 2, the elderly 65 or older and those that have lung or heart issues.”

While the shot doesn’t have a 100 percent preventive rate, it does take a large amount of risk out of the equation.

Scherger said the flu shot is about 60-70 percent effective in preventing people from catching the flu, but even if a person does catch the flu, “it’s very effective keeping you from getting as sick as you might if you don’t get the shot,” Scherger said.

According to the Minnesota Department of Health, 2,522 people in Minnesota were hospitalized with confirmed influenza last flu season. Of that number there were 126 deaths related to influenza, two of which were children.

There may even be more reason to get the flu. Scherger said that this year, Australia has been hit hard by the flu. The country can serve as an indicator as it goes through the flu season before the United States does.

“Australia had a really bad flu season this year,” Scherger said.  “We’ve already started seeing it the U.S. and we’ve started seeing cases (nationwide) of a couple deaths and those are little bit usual because it’s early.”

Even still, Scherger doesn’t think flu strains are becoming stronger, but over the past few years there have been different strains of the flu virus, requiring flu-shot companies to develop shots that can counter the virus.

“They do that every year to include the updated strain,” Scherger said.

New this year, patients can self-schedule a flu vaccination appointment by logging into Patient Online Services, and clicking on “New Appointment.”

Then they can click on the Flu Immunization button, and select a date, time and location that work best for their schedule.

When making an appointment, note that children 6 months through age 8 need two flu vaccines if it’s the child’s first seasonal flu vaccination. The second vaccine is given at least four weeks from the date of the first.

Those not self-scheduling online can also call for an appointment at one of these locations:

The cost of seasonal flu vaccine is covered by many insurance plans. Mayo Clinic Health System will bill insurance or accept payment.

Drawing supports the event, which is taking place in Austin Oct. 11-12 More than $8,000 worth of prizes will be... read more