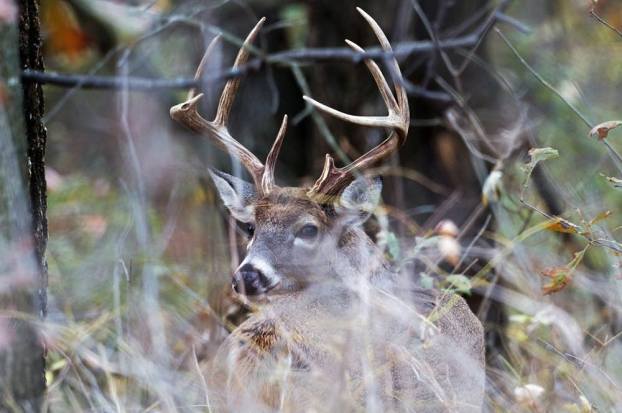 A white-tailed deer in the woods. Courtesy Steve Gifford

The new rules are designed to prevent the spread of chronic wasting disease in wild deer. The Minnesota Department of Natural Resources says more hunters in more areas will have to provide a sample of their kill to check for CWD.

Lou Cornicelli is a wildlife research manager with the DNR. He said the agency is tackling CWD in a number of ways.

“Our first strategy is to liberalize hunting, and then we’ll go to, most likely, post season culling which is more of a targeted removal effort, and some other things in order to kind of address a comprehensive level of deer population management,” Cornicelli said.

The state is also offering testing to hunters outside designated CWD management areas.

Cornicelli said the testing typically takes a week or less. He says venison from infected deer shouldn’t be eaten.

Meanwhile, the DNR says there’s a new disease spreading through the state’s deer herd. Epizootic hemorragic disease, or EHD, is spread by a biting midge and is common in southern states.

“It’s not a disease you can really manage for. It tends to burn through the population, or through the area pretty quickly,” Cornicelli said. “It tends to impact smaller areas where that midge is found, and then once we get a first frost, which is probably any day now for us, it’ll go away for the year.”