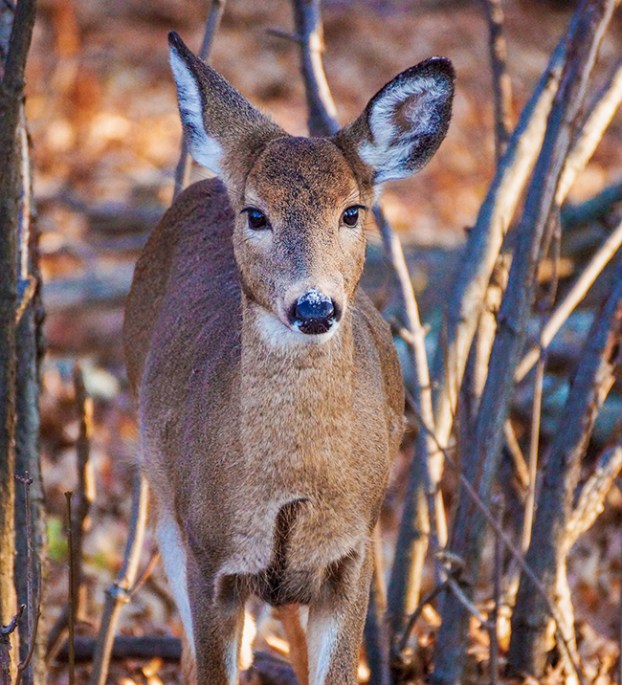 MINNEAPOLIS — A deadly deer virus has been confirmed in a group of whitetails in central Minnesota.

Epizootic hemorrhagic disease, known as EHD, isn’t contagious but can sharply reduce deer herds before the danger concludes with the first frost, according to state wildlife officials.

The outbreak in Stearns County is said to have killed up to 20 or more deer. Two deer carcasses were tested for the disease and both were positive at National Veterinary Services Laboratories in Ames, Iowa.

“All of our neighboring states have been dealing with EHD for years,” said DNR Wildlife Research Manager Lou Cornicelli. “So it was always a question of when it would show up in Minnesota.”

The rapidly developing disease is carried by biting midges, also known as gnats and no-see-ums. Most deer die within 36 hours of exhibiting signs of the virus.

The DNR urged the public to report deer deaths, Cornicelli said, particularly when numbers of deer die in proximity to each other for unknown causes.

Deer stricken by EHD have frequently died near water because fevers caused by the virus make them thirsty.

The virus triggers mouth ulcerations, head swelling and neck and lung hemorrhaging. It’s not known to spread to humans.

ST. PAUL — A Democratic legislator has resigned from a paid fellowship at the University of Minnesota amid questions over... read more