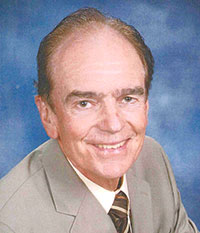 Chuck was born Dec. 1, 1941, in Austin to Peter and Bernice Mertensotto. He was raised in Austin and attended Pacelli Catholic School where he made and retained many lifelong friends. To this day they have an annual reunion, which Chuck helped organize and attended.

Chuck was a lifelong devout Catholic who gave generously of his time, talent and money.  There probably was not a ministry in which Chuck did not contribute. He participated fully in his church community and enjoyed both the companionship and a sense of purpose that it brought. His devout belief led him into social justice causes such as ISAIAH and to personally look for ways to provide a hand up to those in need. His generosity to others seemed to know no bounds.

Chuck was a Vietnam veteran who worked for Military Intelligence. After Vietnam, he sponsored several families. Chuck eventually started his own business where he found and placed top financial officers into many local Twin Cities corporations.

Chuck loved the outdoors. Whether it be camping in the Boundary Waters Canoe Area or hiking in the Rockies, Grand Canyon, and Isle Royal he was both game to take on the adventure and be the chief cook. He even camped in the winter. Chuck really loved his ski house in Ironwood, Minnesota.

Survivors include his sister-in-law, Barb Mertensotto and many cousins and close friends.

He is preceded in death by his parents, Peter and Bernice Mertensotto and his brother, James Mertensotto.

A memorial Mass will be celebrated at noon on Friday, Sept. 27, 2019, at St. Augustine Catholic Church with Father Dale Tupper officiating. Friends may call one hour before the Mass at the church on Friday. Interment will be in Calvary Cemetery with military rites by American Legion Post No. 91 and V.F.W. Post No. 1216.

In lieu of flowers, memorials are preferred to the donor’s choice.

Arrangements are by Mayer Funeral Home and may be left online at www.mayerfh.com