An Austin man has been charged with first-degree robbery, a Class B felony, in connection with a bank robbery in Lime Springs, Iowa, on Tuesday. 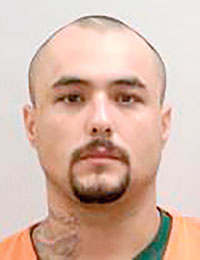 According to a press release issued by Howard County (Iowa) Sheriff Mike Miner, Vega allegedly entered Cresco Union Savings Bank about 12:20 p.m., wearing a ski mask and waving a handgun. After demanding cash from the drawer, he left the bank. No one was injured during the incident. No cash amount was disclosed by authorities.

A bank employee gave a description of the suspect vehicle and the vehicle’s license plate was identified via surveillance cameras in Lime Springs and LeRoy, according to Miner. The vehicle was located in Austin where police apprehended Vega about 2:50 p.m.

A Mower County deputy has been charged with four misdemeanors in connection to an incident that took place in January... read more