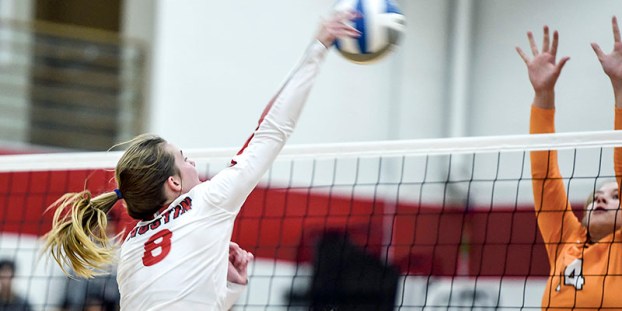 A need to recover: Winhawks take down Packers in five

The Packers (7-3 overall, 1-2 Big Nine) came up big in a must-win fourth game as they scored eight of the last 12 points, but they fell behind 5-2 early in game five and never got closer than 9-8.

Austin had three players with eight or more kills, but Jordyn McCormack was the only player to break the 15-dig mark. 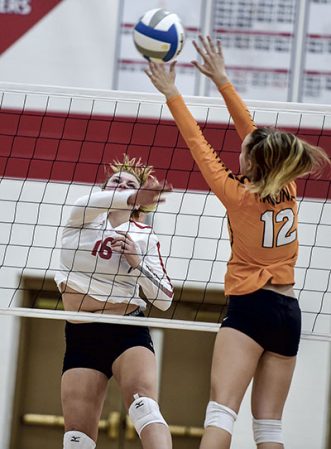 Austin’s Lexi Stitch powers a kill through a block against Winona in game one Tuesday night in Packer Gym. Eric Johnson/photodesk@austindailyherald.com

“We struggled in serve receive in games one and three,” Austin head coach Lauren Cost said. “We just broke down in game five and we can’t break down like that. We have so much potential, we just have to get on the same page.”

Austin senior Erica Lundberg hammered home back-to-back kills in a key rally in the fourth game as she finished with nine kills and 11 digs. Austin hadn’t played a match in a week, and Lundberg said the practices slowed down a little bit before Tuesday’s match.

“We have been down in practice lately, especially yesterday,” Lundberg said. “I think that showed up tonight. How you practice is how you play.”

Emma Zeller closed out the match with a five-point serving run for the Winhawks (6-5 overall, 3-2 Big Nine) as the Packers struggled in the back row.

Although they’ve already won more matches in a season than they have in the previous 10 years, the Packers aren’t ready to stay content. Lundberg said the team is looking to push even harder. 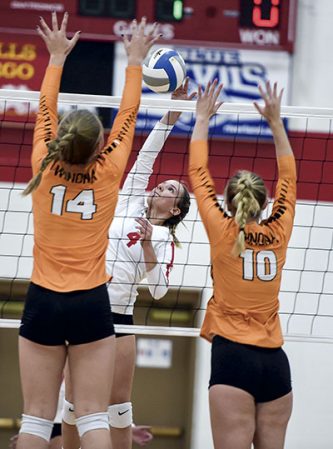 “The bar has definitely been raised for us,” she said. “Our coach pushes every single one of us to be better than we were the previous day.” 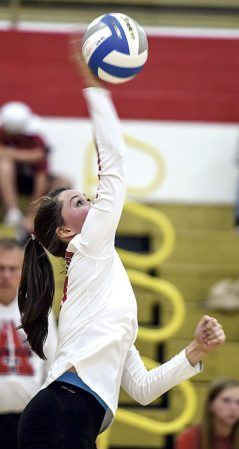