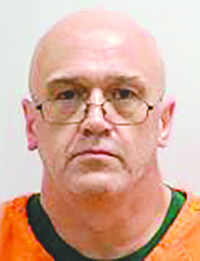 He was also charged with gross misdemeanor third-degree DWI-refuse to submit to chemical test of blood or urine as required by search warrant, misdemeanor fourth-degree DWI-under the influence of a controlled substance, misdemeanor driving after revocation and petty misdemeanor possession of drug paraphernalia.

According to the court complaint, a Mower County deputy observed Sheldon driving a 2001 Oldsmobile Alero at about 11:21 a.m. on Tuesday. Knowing Sheldon did not have a valid driver’s license, the deputy initiated a traffic stop on Ninth Avenue Southwest in Austin. Sheldon told the deputy that he did not have a valid license, but that he drove anyway. The deputy noticed Sheldon’s hands were shaking and he was having trouble grasping and retrieving items from his wallet.

The deputy asked Sheldon about drug use, to which Sheldon said it had been “months” since he last used. He then had Sheldon perform four field sobriety tests, all of which he failed. Sheldon was then placed under arrest.

The deputy searched Sheldon’s vehicle and found the following items:

An additional ½ gram of methamphetamine was found in Sheldon’s wallet at the Mower County Jail.

A review of Sheldon’s criminal history shoes prior convictions for drug possession and assaulting a peace officer. 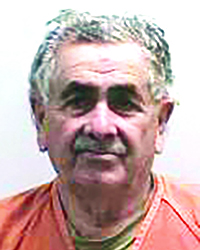 Rogelio Rodriguez-Sanchez, 76, of Austin was charged with felony first-degree drugs-possess with intent to sell 17 grams or more of methamphetamine.

According to the court complaint, law enforcement executed a search warrant on the morning of Jan. 10 at Rodriguez-Sanchez’s residence in the 800 block of Ninth Street Southeast. Members of the search team detained Rodriguez-Sanchez and advised him of the warrant. They also located and detained a woman at the residence.

A review of Rodriguez-Sanchez’s criminal record shows prior convictions for possession of stolen property, drug possession and drug sales.

Sheldon and Rodriguez-Sanchez will appear in court again on Oct. 10.