2 charged with assault in separate cases 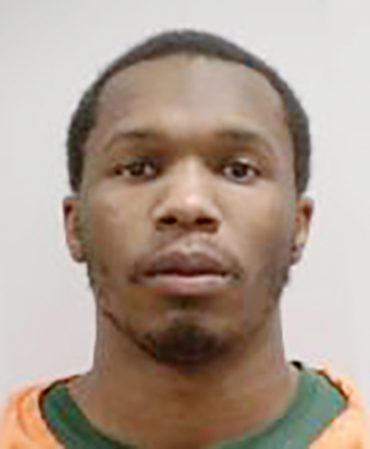 According to the court complaint, police were called at about 10:11 p.m. on Sept. 24 on a report that a male subject had been assaulted at an apartment in the 500 block of Fifth Avenue Northwest. A crying woman answered the door and told police they could not come in and that everything was “fine.” An officer entered the apartment to investigate the possible assault on a male subject and made contact with Jefferson in the bedroom.

The woman told an officer that she and Jefferson had been arguing in the bedroom. She said he left the bedroom, but returned to get his phone. She tossed him the phone, which hit the wall and broke the screen. She alleged that Jefferson got upset and slapped her in the face, causing her nose to bleed. She said they started throwing things at each other, after which he placed her in a headlock and she bit him on the arm to escape. She then called a friend who called the police.

An officer observed several fresh blood spots on the victim’s shirt and a small amount of dry blood under her nose.

When told the victim’s side of the story, Jefferson denied her version of events.

The victim later told police Jefferson had her in a chokehold with his forearm and that she lost consciousness. When she “came to,” Jefferson was standing over her yelling at her. She indicated he stopped choking her when he received a phone call from a friend. She also indicated he had previously strangled her.

A review of Jefferson’s criminal history shows a prior conviction for nonconsensual dissemination of private sexual images. 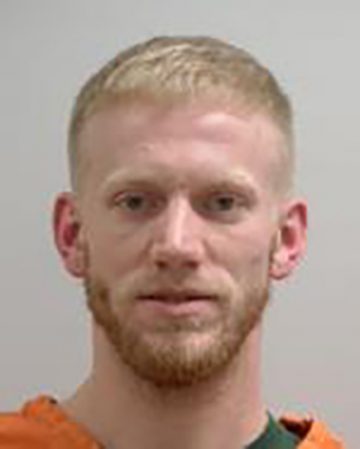 According to the court complaint, officers were dispatched at 2:26 a.m. on Sept. 21 on a report of an unconscious male who was bleeding from his ear at a residence in the 1000 block of Fifth Street Northwest. When officers arrived, they encountered a group of intoxicated individuals standing around a man lying on the ground. The man has semi-conscious, but unable to speak. An officer observed blood near the man’s mouth, a large cut in the back of his head and several cuts on his hand.

One witness told police that several people had been drinking together downtown before returning to the residence. He said the victim and Rosenthal were arguing about how the victim treated his girlfriend when he was drunk. He said the two began pushing each other and Rosenthal punched the victim in the side of his head, causing him to fall and hit his head on the sidewalk.

The witness showed the officer surveillance footage of the incident. The video showed Rosenthal punching the victim, then jumping on him and repeatedly punching him in the head before other people pulled him off of the victim.

The witness also said Rosenthal ran away when police were called.

The officer photographed blood on the sidewalk.

The victim was transported to the hospital. When police spoke to him, he had difficulty remembering recent questions he was asked by the police. The victim said he was not friends with Rosenthal, but they had friends in common. He said they were arguing because Rosenthal did not like how he treats his girlfriend when he is drinking, but did not remember fighting Rosenthal. An officer observed a cut on the victim’s chin, a cut on his tongue, a large cut on the back of his head, several cuts on his hand and bruising on the left side of his head.

A warrant was later issued for Rosenthal’s arrest.

A review of Rosenthal’s criminal history shows a prior conviction for terroristic threats.

Jefferson and Rosenthal will have initial court appearances on Oct. 10.

A strong, special start to the year for Austin Public Schools

By Dave Krenz Superintendent of Austin Public Schools The 2019-2020 school year is off to a great start with students... read more