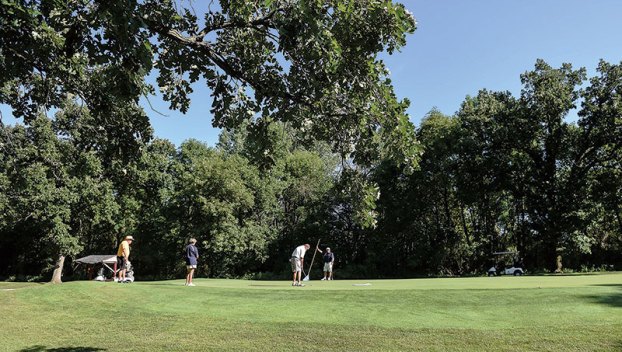 A foursome of golfers plays through during the VFW State Golf Tournament at Meadow Greens Golf Course Saturday. Photos by Eric Johnson/photodesk@austindailyherald.com

This past weekend, hundreds of golfers from VFW posts around the state descended on Austin for the 50th annual VFW State Golf Tournament.

It’s a competition that raises money for host VFW posts to use in off-setting their own expenses throughout the year as well as making money available for donation purposes should the need arise.

This was the third and final year Austin hosted the tournament, which will now shift to Cannon Falls for the next three years.

While raising money for the VFW clubs in the state, the tournament is also a chance for old friends to get together for a weekend of golf, fun and to do some good. 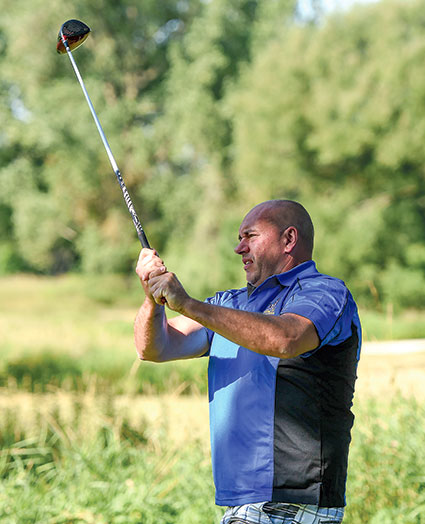 Jody Routsalainen of Duluth watches his shot off Ramsey tee one during the 50th annual VFW State Golf Tournament.

“I think it’s more about the different posts,” said volunteer Jim Miller, who also competed in the tournament. “It’s a chance for the clubs to get together. Some of the money goes to the VA hospital but some of it comes back to the clubs as well.”

A lot of work goes into running the weekend on the links, requiring a lot of volunteers from each club that hosts.

But in the end it’s well worth it.

“It’s a fun event,” Miller said. “Everybody likes to golf, otherwise people wouldn’t do it. It’s competitive but fun.” 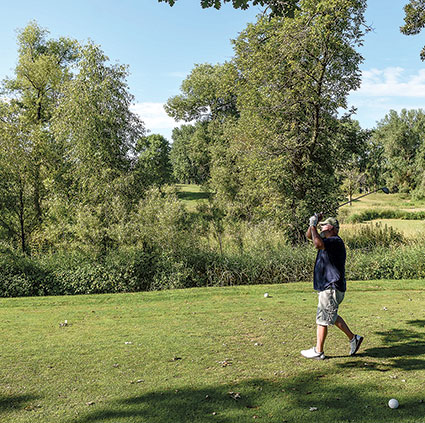 It’s also a chance to highlight the good VFW clubs do and the need to include the younger generations, back from service, within the clubs. In a time where soldiers of the greatest generation are passing away, members see it as increasingly important to include Vietnam veterans as well as veterans from more recent conflicts such as the Gulf War.

But, for a weekend of golf, it’s just a chance to play a few rounds with good people.

“You meet different people from different posts as well as getting together with old friends,” Miller said. “Hopefully you get a chance to see some of them.”