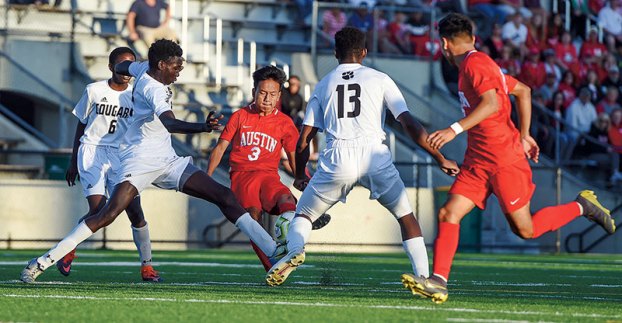 Austin’s Poe Reh takes a shot in traffic in the first half against Mankato East Thursday night at Art Hass Stadium. Eric Johnson/photodesk@austindailyherald.com

Packers bounce back to beat Cougars; Notch first win of 2019

The Cougars (1-3 overall, 1-2 Big Nine) struck first when they scored on a put-back in the 19th minute of the game, but the Packers (1-1 overall, 1-0 Big Nine) had a big answer as they scored three times in the final 20 minutes of the half. 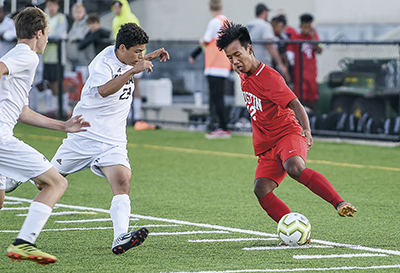 Keaton Goetz crashed the net to score off a header by Julio Hernandez to make it 1-1, Elisha Simerson redirected a corner kick to make it 2-1 with 12:58 left in the half and Andres Garcia punched a shot through on a long lob pass from Dylan Hanegraaf with thirty seconds left in the half. 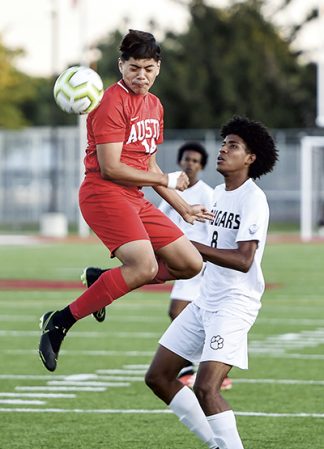 A tale of two Austins: Jason Baskin has found himself at the receiving end of Austin, Texas, complaints

When Jason Baskin was elected to the Austin City Council, he was looking forward to listening to and serving the... read more