Law enforcement can feel the frustration 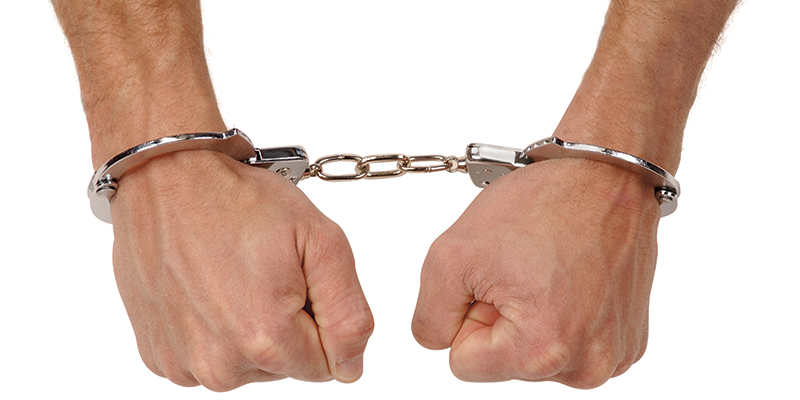 Criminal sentencing often times leads to questions of fairness, but to sentence someone to prison, prosecutors and judges have to follow guidelines set by the state.

Editor’s note: This article is the second in a two-part series on Minnesota’s sentencing guidelines.

Read the first part here:  Behind the guidelines

When it comes to Minnesota’s sentencing guidelines, law enforcement has no say in sentences imposed upon those who have been found guilty or pled guilty to a crime.

Despite this, it has not stopped members of the general public from blaming law enforcement when convicted criminals do not receive the maximum penalty, according to Mower County Sheriff Steve Sandvik.

“The general public sees that a crime carries a maximum sentence, but they don’t realize that there is a sentencing guideline sheet that’s put together by a legislative committee, and judges utilize that grid to pick out where people fall when they’re sentencing,” he said. “They can vary a range on that box and it is typically much less than what the general public thinks people are being sentenced to. It’s probably more frustrating for us when the general public becomes very upset because in their minds, we are the face of the criminal justice system.”

To effectively work, law enforcement personnel have to separate themselves from the sentencing process.

“(The sentencing guidelines are) something that we in law enforcement don’t have to get into other than knowing they exist,” said Austin Police Chief David McKichan. “There are a lot of arguments about whether or not sentencing guidelines are fair, but they exist to try to make the system fair so you don’t get punishments that are unusual. They’re to say that no matter what your background is, if your type of crime fits these certain parameters, this is what your sentence is likely to be.”

“Our job is to enforce the law fairly and equitably, and it’s up to the judicial branch to administer punishment,” Sandvik said.

Another aspect beyond law enforcement control is circumstances taken into account by the courts when sentencing convicted criminals, particularly as it pertains to probation. In this, McKichan and Sandvik somewhat differ.

“Our system, and I think rightly so, is based on trying to rehabilitate people and give them other opportunities,” McKichan said. “Some are overtly criminal, but others are in this cyclical behavioral pattern that ultimately our system, through probation and parole, is designed to break. I know that probation means they’re going to get put with a probation officer. In Austin, the Department of Corrections and Mower County Correctional Services have been absolutely fantastic. For as many people as we may see re-offend, whether on probation or shortly after, we also see a great many people who don’t re-offend. Within that system, I think it is important that we make an effort to try to rehabilitate folks and try to get them moving forward again.”

“A lot of consideration is given to individuals with mental health and addiction issues,” Sandvik said. “They have the right to give their side of it in court, and the judge will ask them what they have to say for themselves. It does seem time to time that it’s a constant revolving door of minimal to no punishment; that they’re put back on probation with the hope that they will stop using drugs or they will seek and utilize a treatment plan for their mental health issues. It is very difficult when those things continually happen, particularly with lower level crimes. They tend to be very invasive to the neighborhood and the community as a whole. If it’s your vehicle being stolen, or your garage constantly being broken into, all of these things happening and it’s you constantly being harassed, stalked or followed, and then these people are let out with little or no consequence, it is very frustrating, and our interaction with (the victims) becomes more difficult because they perceive it as our fault.”

Both said repeat offenders can be a source of frustration.

“It becomes difficult for officers and deputies when you are running into repeat offenders committing the exact same crime and not seeing the judicial system take them for their time out, so to speak,” Sandvik said. “Sometimes, the public perceives it as us not doing our job. They ask ‘how come you keep letting them out?’ It’s because they have the same rights as every other citizen; once they’ve done their time, they have to be out. We don’t get to set that time.”

“It’s unfortunate, but we do have people that re-offend and you can become very familiar with them,” McKichan said. “In law enforcement, you may get frustrated at times having arrested someone several times, or see someone whose already been to prison re-offending, but that is ultimately our role.”

Sandvik also stated that sentences given in plea agreements for more serious crimes are a concern for him.

“I have a little bit of a unique perspective in the amount of years I worked in child protection investigations and criminal sex investigations,” he said. “Imagine something that you didn’t want to do, that was extremely invasive, and you’re going to have to talk about it in front of a room full of strangers and the public. In my mind, a plea agreement where you can keep a victim from being re-victimized, I am 100 percent for that. However, that’s where a sentencing guideline could be stronger, and that is one of the problems I have with the guidelines. I get the guidelines are there to keep our prisons from being full of petty, low-level offenders. Unfortunately, we have some very high level offenders who are getting off with a minimal plea agreement. It could go from first-degree criminal sexual conduct to something lesser that carries a much lower penalty on that grid. Then, they don’t get as many points because other counts are dismissed. From my perspective, when we have victim crimes, I would like to see a much stronger sentencing guideline applied, even when things are pled down.”

But above all, McKichan and Sandvik understand their role does not pertain to the sentence.

“I think we do have a good system in that we separate the enforcement from the punishment,” McKichan said. “We’re there to enforce, and once we move that case on, we trust that the legislature, who represents the will of the people, has a system in place that they think the constituents want to have in order to deal with crime and punishment and the judicial branch will use that framework to ultimately sentence. We’re not the judicial branch, and that’s important to recognize.”

“We always have to remind our staff, especially younger officers and deputies, that (sentencing) is a portion of this whole system that we have no control over,” Sandvik said.