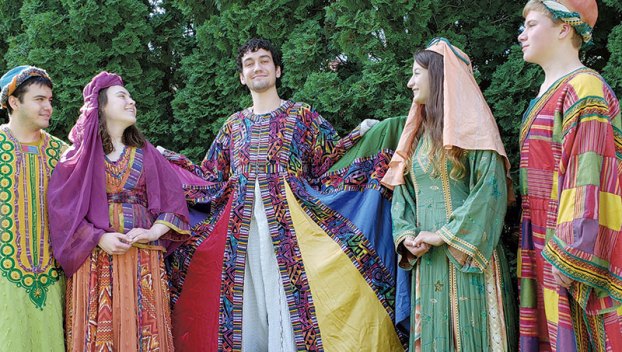 OSAGE, Iowa – Residents in the Austin area are well acquainted with Gordy Handeland’s talents as theater director and actor.

Handeland will portray the role of Jacob in the production of “Joseph and the Amazing Technicolor Dreamcoat” that opens Thursday at the Krapek Family Fine Arts Center at the Cedar River Complex in Osage, Iowa. Handeland also appeared in the Cedar Summerstock production of “9 to 5: The Musical!”

“Joseph” is a family-friendly musical that has been a favorite among theater groups since it opened in its present form in 1974. The music and lyrics come from the celebrated team of Andrew Lloyd Webber and Tim Rice (“Jesus Christ Superstar,” “Phantom of the Opera,” “Evita”). The narrative is based on “The Coat of Many Colors” story of Joseph from the Bible’s Book of Genesis. Several of the songs will sound familiar, especially “Any Dream Will Do,” “Close Every Door,” and “Go, Go, Go Joseph.” 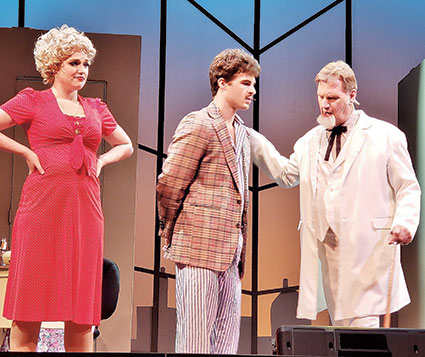 Gordy Handeland of Austin, right, as Tinsworthy in “9 to 5: The Musical!” will appear as Jacob in the upcoming performance of “Joseph and the Amazing Technicolor Dreamcoat.”

“One of our missions is to do shows involving our children,” said St. Ansgar native Nancy Nickerson Lee, the group’s founder, artistic director and director of this show. “And it’s one of my favorites; it’s campy and quirky, but it’s still one of the most beautiful of shows. It is a show that children will love to see.”

It will be the largest production mounted this season by Cedar Summerstock. There are 29 Mitchell County children in grades kindergarten through sixth grade who appear as part of the children’s choir.

Other local actors, such as Handeland, round out show casts whose primary actors are members of the Cedar Summerstock Theatre troupe, made up of college theater majors who have traveled from across the country to participate in the unique summer program. Cedar Summerstock not only gives actors diverse performance experiences, it also allows them to work alongside theater professionals who direct, choreograph, and design sets and lighting.

The group has produced four musicals in true Summerstock fashion —plunging into new show rehearsals while current shows are being rehearsed and performed. It is a remarkably hard schedule of performances that has produced “Oklahoma!” “You’re a Good Man, Charlie Brown,” and “9 to 5: The Musical!”

Tickets can be purchased online or at the door. For more information, go to: cedarsummerstock.org