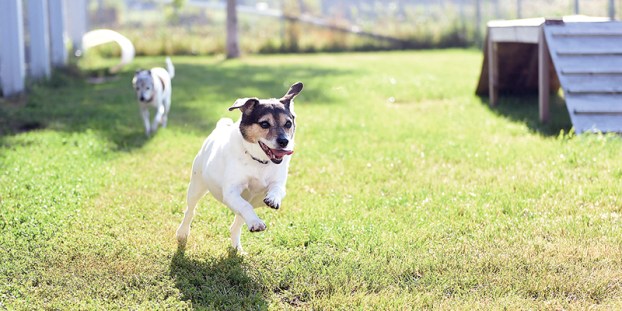 Humane society Walk for Animals is Sept. 8: Rochester man who competed on American Ninja Warrior and advocates for dogs to be in attendance

This year’s Mower County Humane Society’s Walk for Animal will get a little extra help this time around.

The 23rd annual event will be held as usual on Sunday, Sept. 8,  at Mill Pond, but this year it will include an advocate for dogs and pet adoption.

Roo Yori, of Rochester, will be joining the walk. Yori might be known more for his runs on America Ninja Warrior,” the well-known show focused around an extreme obstacle course.

But in the world of pets, Yori is an extreme advocate for pet adoption, particularly dogs.

Yori’s beginnings down this path start with the simple effort of volunteering, when he and his wife Clara worked with a shelter.

“It’s changed over the years,” Yori said. “Initially, we were volunteering at a local shelter and then got a job in a dog rescue full time in New York. “

It was in New York where Yori adopted Wallace and Hector, both pitbulls, and both became famous.

Wallace became known around the nation as a world champion frisbee dog, while Hector was a pitbull rescued from the Michael Vick’s dog fighting ring.

In time, Yori was able to turn Hector in to a certified therapy dog.

Both dogs and Yori’s work put a bit of a spotlight on pet adoption. However, Yori moved to Rochester and had to take a step back from his advocacy work.

As time moved on, Yori made it to Ninja Warrior and wound up getting invited back again.

Not only was it fun to do and a unique challenge to him, it was another opportunity to take up advocacy work.

“It was a unique platform where I could reach out beyond typical dog circles,” Yori said.

The connection to MCHS came when Yori had to make an introduction video for Ninja Warrior. After contacting Austin’s shelter, Yori was welcomed in.

“That was kind of the first real connection,” Yori said. “I think it was good exposure for the Mower County Humane Society and it helped me as well.”

After that, MCHS invited Yori back for the walk.

It’s a chance for Yori to extend a message of adoption.

“I think the big one, is, next time you’re thinking of adding a dog or cat to your family, consider adopting first,” Yori said. “Secondly, don’t always go off what you think is a good breed or what the dog looks like. Make sure it’s a good fit. That it has a good personality, good temperament. “

For the humane society, this is the biggest fundraiser of the year.

“One hundred percent goes to the shelter,” said Kelly Rush of the MCHS.

But it’s also a chance to keep up on pets that have been adopted from the MCHS in years past. In a lot of ways it’s like a family reunion.

“We love hearing the stories,” Rush said. “It’s a moral booster to hear those stories.

Registration for the Walk for Animals will be 1 p.m. with the walk beginning at 2 p.m.. Refreshments and hot dogs will be available.

Mayor Tom Stiehm will be declaring Sept. 13-22 as Welcoming Week 2019 during the Austin City Council’s next regular meeting.... read more