Hulne: Bruins have made a mark in Austin

As they enter their 10th season, the Austin Bruins have had a lot of highs and lows and off the ice.

Here are ten things that stand out to me after covering the Bruins for nearly a decade. 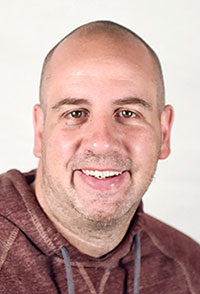 1. Starting with a win

The Bruins opened up in style as they beat the Fairbanks Ice Dogs 4-3 in the NAHL Showcase in their first ever game as a franchise on Sept. 15, 2010.

2. Welcome to the den

The Bruins drew 1,264 fans was they played their first ever game in Riverside Arena in a 2-1 loss to the Owatonna Express on Oct. 2 of 2010.

James Dickinson scored the lone goal in the loss for Austin.

Tok finished with a record of 203-138 overall and he lost his final game to the Minnesota Wilderness by a score of 4-0 in the second and deciding game of the Robertson Cup Finals in Riverside Arena.

Tok had plenty of support from his former players as many of them gathered to show their support for him.

The Bruins saw their dreams of an NAHL championship start to slip away when they lost the longest game in NAHL history by a score of 2-1 to the Minnesota Wilderness in the Robertson Cup Finals on May 16, 2015.

Billy Excell of the Wilderness broke the hearts of Austin fans and players alike when he skated free and scored through Evan Smith’s five hole in a game that lasted four overtimes and went until well after midnight.

Austin saw its season end just 19 hours later in a 4-0 loss to the Wilderness.

Christian Folin became the first ever former Bruin player to land in the NHL when he officially made the Minnesota Wild’s final roster on Oct. 7, 2014.

Folin, a defenseman from Gothenburg, Sweden, played with the Bruins for two years and he went on to star at Umass-Lowell.

Folin has now played 228 career NHL games and he has compiled seven goals and 35 assists.

John Kirby remains the only Austin native to play major minutes for the Bruins as he played for the team in the 2011-2012 season and the 2010-2012 season.

Kirby played a total of 109 games and he racked up 23 goals and 23 assists in his NAHL career as a forward.

The Bruins triggered the ‘Paint the Town Pink’ celebration when they started the ‘Paint the Rink Pink,’ a night that celebrates hockey and honors cancer survivors, in 2010. The event, which features pink ice, has raised over $250,000for the Hormel Institute to fight cancer and it regularly draws approximately 2,000 fans to Riverside Arena.

8. Resurgence on the ice

As the third head coach in Bruins history, Steve Howard has steered the team back in the right direction.

Howard has led the Bruins to the NAHL playoffs in each of his two seasons after the team had failed to make the playoffs in the year before his arrival.

Nothing defines a hockey player quite like his ability to disrupt and rattle his opponent. Brian Bachnak was one of those guys for the  Bruins. Bachnak, went on to a four-year run at Adrian College, would enrage opponents and entice fans with his antics, which often included laughing in the face of an opposing goalie or screaming in his teammate’s face to fire him up.

While ‘Bruiser’ did many typical mascot things, like wave to fans and drive his four-wheeler across the ice during intermission, he was also a hardcore fans behind the scenes. There were plenty of nights when the voice of Bruiser’s voice echoed out a shout of support for his team, or a yell of frustration at an official. Either way, he always bring the game to another level.

Breaking into new territory: Athletics have big numbers and a new coaching staff this fall

LYLE — The Lyle-Pacelli football program was on the brink of sinking this past winter, but things are starting to... read more