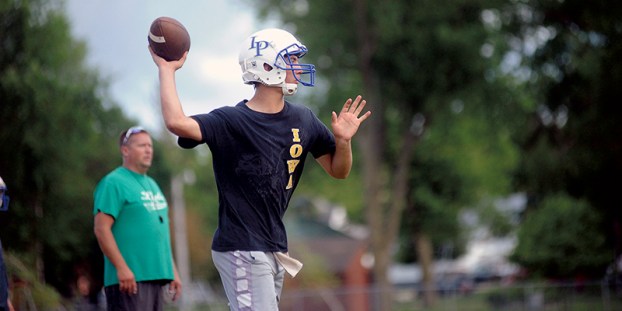 Breaking into new territory: Athletics have big numbers and a new coaching staff this fall

LYLE — The Lyle-Pacelli football program was on the brink of sinking this past winter, but things are starting to look up.

LP has lost 27 straight games and the team had to forfeit its first round playoff game last year due to not having enough healthy players. The future of the program was in question when a community meeting was held in November to see if the Athletics would be able to field a team this fall

Now the Athletics have a new coaching staff and a roster full of 25 players, the most players the team has had in nearly a decade.

Brad Walter, a 1991 Lyle grad, has stepped up as LP’s head coach after serving as an assistant coach for a couple of stints over the last decade. Walter said he and his coaching staff worked hard to get kids to come out for football and get in the weight room over the past few months. 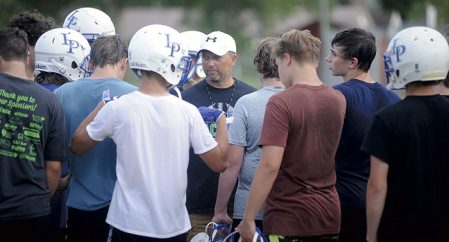 “The biggest thing was we wanted to get some older kids out. We’ve been playing with younger kids for way too long and I think the record represents that,” Walter said. “We want to have a great atmosphere and win some games. I think as the numbers go up, you get more kids coming out.”

LP junior Zach Bollingberg played under Walter as a youth football player and he said the team is very comfortable with the new system.

“They coached us in Austin Youth Football and we were pretty good back then. Hopefully we can make a comeback with them,” Bollingberg said. “It’s nice having a lot more kids on the team this year. We’re going to be able to get a lot more things done with more numbers. I feel like there’s a lot more kids that want to change LP. We want football to be a sport that people actually want to play. We don’t want it to be the sport that we don’t win games. We want to be able to win games.”

LP has a much larger coaching staff than it has in previous years as the team has five coaches in its deck. Walter said that will make things easier this fall.

“I think there’s a comfort level,” Walter said. “That makes a huge difference and I think we’ve shown the kids that we’ve bought in and that will change the kids’ perception.”

LP junior quarterback Jed Nelson said that forfeiting a playoff game last season stung and he’s hoping he never has to deal with something like that again.

“We were coming off that Houston game and we were all pumped up because that was our best game of the year,” Nelson said. “After that game we were going to go play Spring Grove (in the playoffs) and then it just didn’t work out. It was tough.”

The Athletics have been moved to Section 3 ‘nine man’ this season and they will open their season at LeRoy-Ostrander at 7 p.m. Aug. 30. 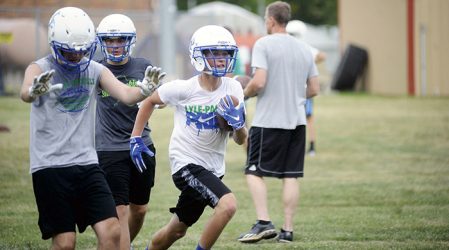 Cole Walter carries the ball in practice for the Lyle-Pacelli football team in practice in Lyle Monday. Rocky Hulne/sports@austindailyherald.com