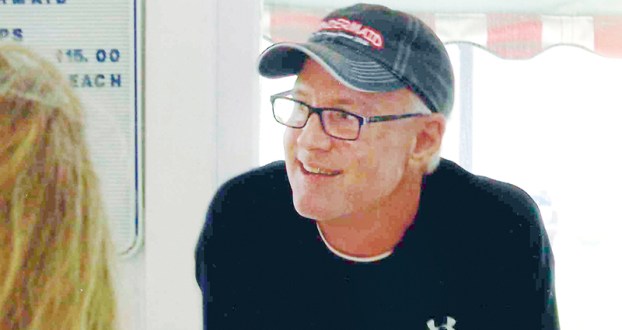 Gary White, co-owner of The Tendermaid, passed away on Aug. 18. Photo provided

If you’ve been to The Tendermaid at any point since 1997, chances are you’ve met Gary White. He may have been behind the counter assisting his wife and fellow Tendermaid owner, Sara White, in serving up one of their well-known loose meat burgers, or he may have been talking about current affairs with one of the many loyal regulars sitting at one of the stools lining the counter.

Regardless, encountering Gary was a moment many remembered.

“Everybody was his friend,” Sara said. “He was that kind of person – welcoming and inviting. He’s that person people feel comfortable with.”

Gary passed away on Sunday, Aug. 18, 2019, after having struggled with health problems for several years. Among his survivors is Sara, with whom he shared 35 years of marriage.

It was a love story that began when the two were in junior high. Sara called it a “match made in Heaven.”

Their relationship blossomed in high school, where Gary was the quarterback for Austin High School and Sara was the captain of the cheerleading squad.

“He was an incredible athlete; he was always breaking records in whatever he did and put his whole heart into everything,” she said. 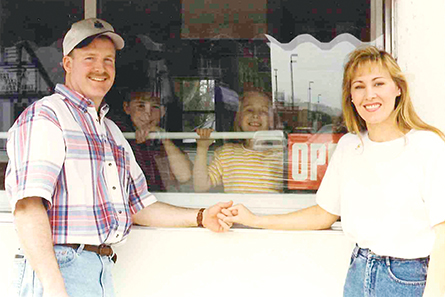 After graduation, Gary went to school to be a welder. In 1982, he took a job with Hormel Foods at the advice of his father, who was a draftsman engineer for Hormel.

On Oct. 1, 1983, Gary proposed to Sara in an unorthodox manner that she called a “dream come true.”

“He put a billboard in my backyard,” she recalled. “It said ‘Sara Jane, will you marry me? – Gary Alan.’ My parents were going out of town and he met them very early to show them this billboard. They had to move power lines and everything to get it through. I was sleeping in my room, which faced the alley, and I was hearing all of this noise, but I was so tired I didn’t bother getting up. Later that morning, one of my neighbors called and asked, ‘Sara, have you looked out your back window?’”

The two were married in 1984 and Gary continued to work for Hormel. But his dream was to own one of his favorite places: The Tendermaid.

“(The Tendermaid) was his special place where he would go with his parents after special events in his life,” Sara said. “He grew up as a little boy swinging his little legs over the stools and he really fell in love with it. His nickname was Whitey, and we would drive by (the Tendermaid) and he’d say, ‘That’s going to be Whitey’s Tendermaid one day.’ I’d say, ‘Yeah, that’d be awesome.’ Then one day it was for sale and the rest is history. He went to town making sure his dream could come true.”

After purchasing the Tendermaid in 1997, Gary and Sara went to work keeping the restaurant’s nostalgic feel while making friends with anyone who came through the doors.

“Gary is the consummate people person; if he doesn’t know you, he will know you,” Sara said.

But life changed drastically in October of 2006, when Gary was diagnosed with idiopathic pulmonary fibrosis, a disease that causes scarring in the lungs.

“We were opening another Tendermaid in Mankato in 2006,” Sara recalled. “As we were working on getting it ready, he started not feeling right. He was short of breath and more tired, and Gary is extremely high energy. If he’s feeling tired, something isn’t right. The light bulb went off because his mother died of this disease and he had inherited it. He went in (to the doctor) and sure enough, they saw the scarring on his lungs.” 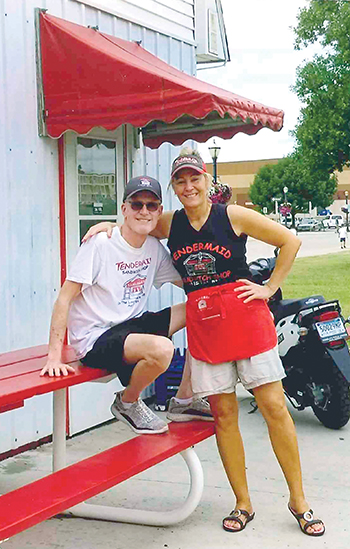 After consulting with Mayo Clinic, Gary was given six months to a year to live.  Doctors discussed the odds of making it through a lung transplant, which they said would increase his life by 3 to 5 years at best.

“They pretty much told him to go home and get his affairs in order,” Sara said.

But when it seemed bleakest, the Whites were connected to a support group at the University of Minnesota.

“They gave him a positive outlook on what lung transplantation can be,” Sara said.

On Jan. 24, 2009, Gary received his lung transplant. In writing about his experience, Gary called the transplant “a blessing.”

“Before my transplant, I never could have imagined that I could ever feel this good again and have my freedom back,” he wrote.

“He’s fought the good fight ever since,” Sara said. “He’s had so many health issues ongoing and he took them as a challenge to overcome. He was an overcomer and an overachiever; his doctors called him their ‘Rock Star.’ He never took anyone for granted. He was grateful. He was a very faith-driven man. He felt extremely blessed to have the extra time that he had.”

Gary also considered himself blessed to be a part of the Austin community.

“Austin was Gary’s place,” Sara said. “He was so proud to be connected to the Austin community. Gary is so thankful to everybody in this community for all that they have done for us as a family. I couldn’t have been blessed with a more wonderful husband, father, and grandfather. He was a once in a lifetime love, my forever love.”

“I will miss him forever.”

LYLE—If Theresa Groesbeck had stayed in bed on Monday, July 29, she would have never woken up again. Groesbeck was... read more